Recently filed amendment language now pending in the Nebraska Legislature could clear the way for Chinese-owned Smithfield Foods Inc. to own, control, and feed hogs in contract swine operations in the state. 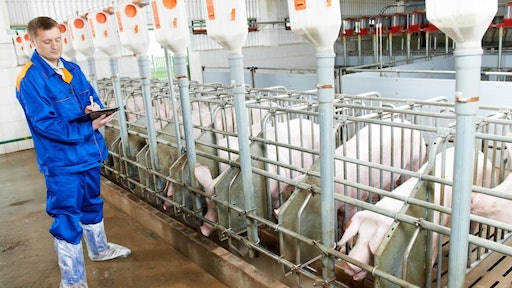 Recently filed amendment language now pending in the Nebraska Legislature could clear the way for Chinese-owned Smithfield Foods Inc. to own, control, and feed hogs in contract swine operations in the state. The foreign-owned agribusiness is already a major employer in Nebraska, according to Food Safety News.

At a public hearing last month, Legislative Bills (LB) 175 and 176 pitted the independent Billings, Mont.-based Ranchers Cattlemen Action Legal Fund, United Stockgrowers of America (R-CALF USA) against the Nebraska Pork Producers Association over whether pork processors should be permitted to own livestock and expand in so-called livestock-friendly counties.

In a letter from Bill Bullard, R-CALF’s chief executive — hand-delivered to Lincoln, Neb. — the independent cattle producers lined up against any change to Nebraska’s Competitive Livestock Act, while Larry Sitzman, the pork association’s executive director, said those changes are needed because the state is in danger of losing its pork processing industry.

In his letter, Bullard suggested that changes to Nebraska’s 1999 law to prevent meatpackers from owning, controlling or feeding livestock for more than five days prior to slaughter stem from demands by the company.

Smithfield was purchased in 2013 by Chinese meat processor Shuanghui International Holdings Ltd. (now known as WH Group) for about $4.72 billion in a deal that took the world’s biggest pork producer private.