This is the first case and filing of its kind in the U.S., where a contract farmer and whistleblower files a lawsuit of this nature against a large poultry producer. 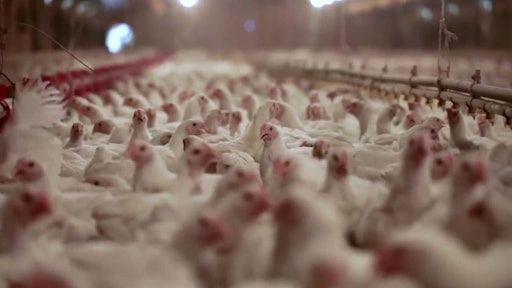 This is an historic event, the first case and filing of its kind in the U.S., where a contract farmer and whistleblower files a lawsuit of this nature against a large poultry producer. This landmark filing marks a first step in an effort for contract farmers to have the right to speak out against unfair and inhumane conditions on large-scale farms.

"Craig Watts spoke out against misleading labels and food safety concerns and paid the price. His truth-telling is legally protected under a federal law that is meant to protect whistleblowers from the type of retaliation that Mr. Watts is now facing. Instead of retaliating against Craig Watts, Perdue should be listening to him and start implementing practices that are better for animals, farmers, and consumers."

The owner of C&A Farms in Fairmont, N.C., Watts has been raising chickens for Perdue since 1992 under their strict guidelines. He became appalled that Perdue relied on labels such as "cage free" and "humanely raised," which imply conditions Watts says "couldn't get any further from the truth." In December 2014, he decided he’d had enough and invited Compassion in World Farming to witness the truth and document the conditions at his farm, released in a recent video. It gave the public a unique view into the secretive world of the chicken industry at a time when big agribusinesses are increasing efforts to silence whistleblowers.

Typically, contract farmers feel too vulnerable to blow the whistle on food integrity issues. Just a handful of giant corporations rule the poultry industry, allowing companies like Perdue to control every aspect of the business – preventing contract farmers from having any sort of voice in how things are done and employing practices that keep them in a cycle of debt. Perdue sets strict rules for contract farmers like Watts, such as warehouse size (that doesn’t allow any natural light), and antibiotic and growth hormone levels to be used. Watts' whistleblowing gives voice to the concerns of other contract farmers who are often under threat of retaliation if they try to disrupt the status quo.

Hours after the video release, Perdue turned up at Watts’ farm to conduct a surprise animal welfare audit, the first he had ever received in his 22 years of raising chickens. Perdue representatives have visited the farm more than 17 times since the release of the video. The company also placed Watts under a Performance Improvement Plan (PIP), making him take a biosecurity and animal welfare course. Perdue publically blamed Watts for poor management of the farm, despite the fact that the farm's conditions were within industry norms and that Watts has been recognized as a top Perdue producer during his 20-plus years with the company.

The Food Integrity Campaign is providing pro bono legal counsel to Watts. The complaint alleges that Perdue's decision to audit Watts' farm and place him under a Performance Improvement Plan were taken in reprisal for protected activity under the Food Safety Modernization Act (FSMA). The complaint argues that Perdue’s labeling of the chickens as "humanely raised" was misleading, and that Perdue’s breeding and practices increased the risk that birds would become contaminated with salmonella and/or develop infections, in turn threatening consumers' health.