There are 81 accredited “certifying agents,” or groups that stamp food as organic in the U.S., but of the 37 that had a complete review this year, 23 were cited for failing to correctly enforce certification requirements on farms in audits. 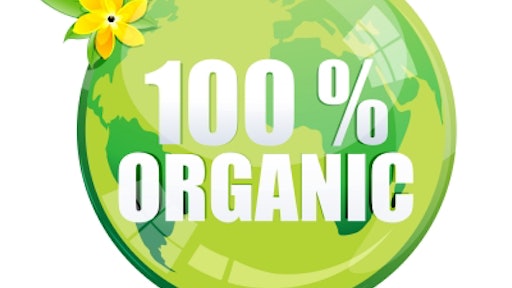 The $35 billion organic-food industry has nearly tripled in size in the past decade, challenging the Agriculture Department’s ability to monitor the more than 25,000 farms and other organizations that sell organic crops and livestock, according to The Wall Street Journal.

There are currently 81 accredited “certifying agents,” or groups that stamp food as organic in the U.S. But of the 37 that had a complete review this year, 23 were cited for failing to correctly enforce certification requirements on farms in audits, according to an internal Agriculture Department report. The 23 firms didn’t properly conduct onsite inspections or correctly review applications for organic certification, among other things, the report said.

A separate Wall Street Journal investigation of USDA inspection records since 2005 found that 38 of the 81 certifying agents failed on at least one occasion to uphold basic Agriculture Department standards.

In that time, 40 percent of these 81 certifiers have been flagged by the USDA for conducting incomplete inspections; 16 percent of certifiers failed to cite organic farms’ potential use of banned pesticides and antibiotics; and 5 percent failed to prevent potential commingling of organic and nonorganic products, according to the Journal investigation.

Certifying agents—entities empowered by the USDA to inspect and certify organic farms and suppliers—include small nonprofit groups, state-run agencies and large multinationals. Each is paid by the farms or firms they certify.

The USDA said it requires certifiers to comply with numerous requirements, and the problems found by the Journal and the agency’s internal report reflected “a very rigorous accreditation process that requires full compliance and correction of identified issues.” Those that fall out of compliance, like the 23 cited this year, get the opportunity to correct the problem, but are at risk of being removed from the certification program if the problem isn’t fixed.

The food industry needs to take a visibly active role in encouraging these efforts.

Organic food is one of the leading growth opportunities for the food industry, which is good news, but many people take for granted a major factor responsible for this growth. That is the integrity of the organic certification. Under the USDA organic standards, organic food must be grown without persistent pesticides and the use of GMO seeds, and organic livestock must be raised without antibiotics and hormones.

Organic food sales have increased at a healthy pace based on public perception that it is safer and more environmentally friendly than other food. Even the recent recession failed to impede this growth.

Some observers have criticized the marketing of organic food.

The food industry must play a strong advocacy role in improving the organic certification. Elliot Maras 12-11-14