Food scraps are emptied into an anaerobic digester where it is heated to 104 degrees and mixed with other organic waste full of bacteria like cow manure and rotten animal feed. 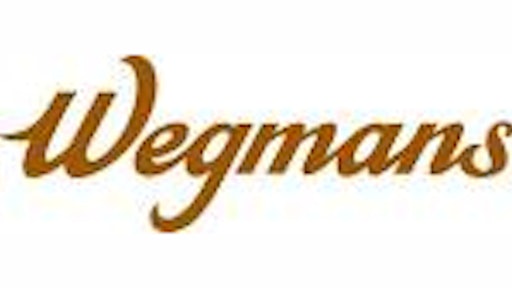 Wegmans Western New York has teamed with Natural Upcycle to convert food waste into fuel, according to WROC-TV in Rochester, N.Y.

Inside Wegmans' Pittsford, N.Y. store, there's no shortage of fruits and vegetables being sliced and diced. But it's the scraps that don't make the cut that are the main course in a new energy endeavor.

Jason Wadsworth of Wegmans says that waste pick up happens on nearly daily basis. "We're in the average of about six tons a week of this type of material; inedible food scraps, trimmings really."

Wegmans employees wheel the food scraps out of the store where they are picked up by a Natural Upcycle truck. The scraps are then taken to one of two local farms. One of those is Lawnhurst Farms in Stanley... it's ironically right down the street from a landfill.

Food is emptied into an anaerobic digester where it is heated to 104 degrees and mixed with other organic waste full of bacteria like cow manure and rotten animal feed. That mixture lets off biogas.

"The biogas itself is then converted into electricity through a generator," explained Chris Noble, manager at Natural Upcycle. The process creates enough electricity to power the entire farm.  That's the equivalent of 400 homes for one year.