Sprouts stores are built around produce, with the produce section deep in the back of the store with the knowledge and goal that shoppers will seek it out. 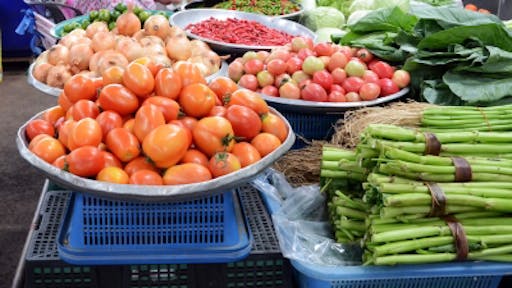 That tried-and-true approach has been the unchallenged model of the grocery store business for decades, steering shoppers through those hillocks of lettuce and tomatoes immediately upon entering, has been changed at Phoenix-based Sprouts Farmers Markets, according to Quartz.com. At Sprouts Farmers Markets, fruit and vegetables aren’t a section through which customers have to be steered; they’re the main draw.

Quite literally, Sprouts stores are built around produce. Unlike almost every other supermarket, Sprouts puts the produce section deep in the back of the store, secure in the knowledge that shoppers will seek it out.

The reason is price. Sprouts’ business is based around aggressively-advertised low prices for produce—20 percent to 30 percent below conventional competitors. Those low prices mean high sales volume, which means, faster turnover, which means less waste, which means lower costs, which means the company makes money despite the lower prices.

Grocery Store Chickens Safer than Those at Farmers' Markets