After taking some mocking from Taco Bell, McDonald's counters with a new social media campaign that features a new look for iconic corporate figure Ronald McDonald. 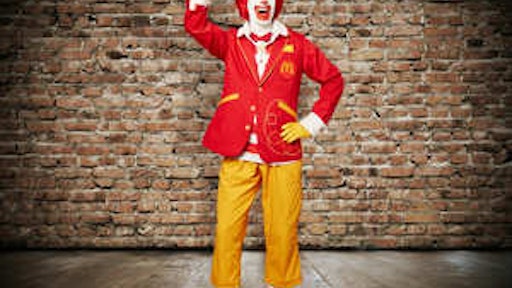 Having faced a new set of mocking "I'm Ronald McDonald" commercials from rival Taco Bell, McDonald's is back in the news for a good reason with a little social media buzz of their own, launching a new look and media campaign with longtime figure Ronald McDonald himself. In a sign of the times, McDonald's not only announced the makeover on Twitter, but gave Ronald his own Twitter handle as well.

For the first time, Ronald McDonald will take an active role on McDonald's social media channels around the world and engage consumers using the #RonaldMcDonald hashtag.

"Ronald brings to life the fun of our brand by connecting with customers around the world, whether he's promoting literacy or spreading cheer at a Ronald McDonald House," said Dean Barrett, Senior Vice President, Global Relationship Officer. "Customers today want to engage with brands in different ways and Ronald will continue to evolve to be modern and relevant."

Owner/operators of newly-built and remodeled restaurants around the world will also have the opportunity to incorporate revamped in-store graphics, furniture and other design elements featuring Ronald McDonald within restaurant interiors over the next few years. Television ads and promotional materials in the U.S. with the newly-reimaged Ronald will begin appearing later this year.

Ronald McDonald will also be sporting a new wardrobe, which includes yellow cargo pants and a vest, accompanied by a red-and-white striped rugby shirt. Ronald has a new red blazer with the Golden Arches on the front pocket and his well-recognized signature on the back, and a special bowtie to complete the look.

Wendy's Will Defend its Fresh Beef Brand against McDonald's