A New Chapter in Terrorism May Be Emerging

Food corporations have assets that will be prime targets for individuals wishing to cause mass casualties, including refrigeration plants that utilize ammonia as the coolant. 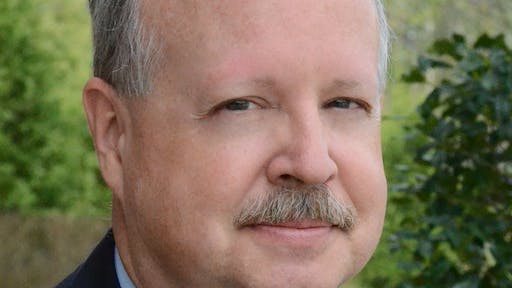 Information is still developing about several possibly terrorism-related events that unfolded over the last couple of days, but it isn’t too early to ask: What are the take home lessons from this weekend’s events, and what are the implications for the food production and processing industries?

Islamic State hasn’t taken credit for all the attempted bombings this weekend. Nevertheless, put bluntly, we may be entering a new phase in the war on terror, a phase in which these kinds of events occur on a more regular basis. Military and law enforcement are always skeptical about coincidence. Although similar bad things can and do on occasion occur simultaneously, the far more probable likelihood here is that all the events are somehow related, even if very remotely.

ISIS’s situation in the Middle East is degrading and is likely to continue to do so in the coming months before and after the election. As the situation degrades, ISIS is finding it more difficult to recruit new fighters into Syria and elsewhere in the Middle East, so has adopted a strategy of encouraging sympathizers and potential recruits to stay and attack from within, wherever they are situated in the U.S. and Europe.

Although it might be hard to find government officials willing to admit it, the kinds of events seen here this weekend have been long expected by both law enforcement and the intelligence communities. Some officials will admit off the record the likelihood that these kinds of events, particularly the low-level ones (i.e. stabbings, shootings, etc.) will become more frequent in the coming months, particularly just prior to and after the election. ISIS wants to bring the fight to the U.S.

Food corporations have assets that will be prime targets for individuals wishing to cause mass casualties, including refrigeration plants that utilize ammonia as the coolant. Special attention must be paid, limiting access to the refrigeration plant areas to only those employees who need to be there, are thoroughly vetted, and have a history with the company.

The fact that the Minnesota stabber was wearing a security uniform is not a surprise to law enforcement or the intelligence community. Security jobs, particularly at the guard level, tend to be low-level positions, and finding personnel to fill these positions is always difficult. It is critically important that food corporations know who is inside their facilities, as well as any ancillary personnel, like guards, delivery drivers and janitorial staff, who must also be definitively identified.  Where allowed by law, personnel, particularly those that will be located at critical process points, should be given a thorough background check.

The first event involved a pipe bomb that exploded in Seaside Park, N.J., around 9:30 a.m., just before the annual 5k “Semper Five” run to benefit Marines and sailors. A bomb exploded inside a plastic refuse can along the run route but there were no injuries. The bomb was wired together with other bomb devices in what the military and law enforcement frequently call a “daisy chain,” meaning the explosion of the first bomb triggers the others to explode. Police successfully recovered the other devices. At press time no groups had yet made any claims of responsibility.

A second event also involved a bomb that exploded in the Chelsea district of Manhattan, causing 29 injuries, none of them life-threatening. Publicly available information indicated a possible pressure cooker device, similar in design to that used in the Boston Marathon explosion but using a cell phone to trigger the explosion in place of a remote control car device as used in Boston. A second pressure cooker device that did not explode was located and successfully recovered by police. As in the first case, no claims of responsibility were made.

A third event took place in a St. Cloud, Minn., mall northwest of Minneapolis when an unidentified male dressed in a security uniform stabbed nine people before being shot and killed by an off-duty police officer who happened to be at the mall. The suspect made reference to “Allah” and asked one of the victims whether they were Muslim. The exact motive for the attack is still being investigated, although the ISIS-linked news agency claimed the stabber was a “…soldier of the Islamic State…”

Finally, overnight five pipe bombs were discovered resting atop a municipal trashcan outside a train station in Elizabeth, N.J., and several hours later police raided a nearby home in a search for the person or people responsible for the Chelsea bombing and probably the New Jersey bombing. A suspect was described as a naturalized citizen of Afghan descent, leading the New York governor and New York City mayor to say the incidents might be terrorism-related despite earlier caution in making that claim.

The situation is evolving rapidly, but New York City mayor Bill de Blasio said to expect an increased police presence in the city.

Ensuring your safety equipment works within your specific environment will help improve the safety for your employees while keeping operations intact.
Mezzanine Safeti-Gates, Inc.
December 2, 2021
Follow Us