From worst case to best, a look at the possible scenarios, their likelihood and outcomes on food logistics. 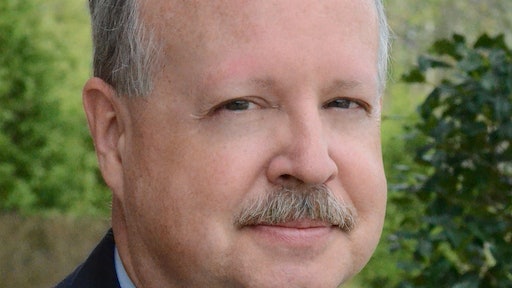 Tensions between the U.S. and North Korea seem to be escalating as fast as the rhetoric, and the two are not disconnected. So what might be the effect on food logistics if hostilities intensify?

Change will be the constant. In all scenarios, shipping likely will be negatively affected, either on a short-term or longer-term basis. Food ingredients and commodities coming from areas around the area of potential conflict could be interrupted, perhaps significantly. Companies would be wise to prepare for the potential interruption sooner rather than later.

A few items are worth noting. First, if Chinese troops were involved in the conflict, as they were in the first Korean War, the prospect of war would be particularly serious. China, unlike North Korea, is considered by the U.S. military to be a “near-peer” military, nearing parity with the United States in many weapon systems (thanks to a major effort by their government to steal U.S. military technology). Today, however, China is not very happy with North Korea, given the country’s recent efforts to produce nuclear weapons and threaten the world.

China is making its discontent with North Korea known, both publically and privately, and is motivated to ensure open hostilities do not occur. Yet, that decision may be out of China’s control. At the same time, China’s political and economic systems are in many ways dependent upon continued trade with the United States. A disruption of that trade would have a cataclysmic effect on both nations, causing the most immediate and serious damage to China.

So what are potential scenarios, their likelihood, and the possible outcomes on food logistics? Let’s look at these from worst scenario to best…

War between the United States, its allies and North Korea breaks out. Even if the conflict remained conventional, South Korea’s capital of Seoul—located just 35 miles south of the border—could suffer millions of casualties. The effect on the world economy would be beyond massive. In the event of nuclear war, casualties and economic effects would be magnitudes greater. Regardless of the rhetoric, the nuclear option is still remote—unless Kim Jong-un is suicidal or unstable (which, unfortunately, he is).

In a conventional confrontation, the United States probably could destroy North Korea’s military capacity in less than two weeks—assuming China remained neutral. The United States, however, is highly unlikely to open hostilities without the quiet diplomatic acquiescence and full knowledge of China.

Such a scenario would dramatically affect maritime activities in the Sea of Japan, the Yellow Sea, into the Korean Bay and perhaps as far south as the Philippine Sea, as well as far into the Pacific. Maritime companies involved in sea trade likely would be kept from entering the war zone, significantly disrupting operations. Those caught inside the war zone might suffer losses of ships and personnel. Companies depending on food ingredients and commodities from the region would certainly be impacted negatively. Is this a high-probability scenario? No, because both the United States and China know the potential for disaster.

China topples the North Korean government, replacing Kim Jong-un with someone more palatable to their leadership. This is a more likely scenario. Chinese spies, poised to act if needed, have most assuredly achieved deep infiltration in the North Korean government. China has been playing a dangerous game for decades, enabling some of the arms development by North Korea in an attempt to curry influence. That strategy has started to backfire as North Korea has shown a propensity for ignoring China’s wishes. China’s patience for this is growing short, making the likelihood of something happening soon more probable. China’s collaboration with North Korea is far deeper than the American public is aware, so the Chinese will want to keep past relationships with North Korea hidden. A coup will be swift, with evidence destroyed.

China, understanding the magnitude of potential economic impacts, will want to maintain maritime trade—a real possibility if a coup is swift and decisive. In some ways, this scenario might be the most desirable, but would confront the world with a massive humanitarian problem. China and other nations would have to contend with a population of immense dichotomies; those in the military and political leadership are well fed, while everyone else suffers. Starvation and deprivation are very real in North Korea, and fixing the problem will require a long-term, expensive effort.

The status quo is maintained, and no hostilities break out. In this increasingly unlikely scenario, the rhetoric would continue for a while, then slow down and reappear at some later date as it has for decades. North Korea would continue to pursue nuclear weapons and a functional intercontinental ballistic missile that could deliver a nuclear weapon into North America. Eventually, the situation would degrade into either scenario No. 1 or 2, so long-term effects would be significant.

The new American administration has made clear that the status quo is no longer acceptable. There is an emphatic demand for change, and the world is watching every move. The next likely event would be a shoot down of a North Korean missile, which would in turn cause a reaction by North Korea, again leading inexorably toward scenario No. 1 or 2.

The world economy also will most assuredly be impacted, in addition to food supply chains. The magnitude and longevity of that impact is entirely dependent upon decisions now being made in Washington, Pyongyang, and perhaps, most importantly, in Beijing. We can only hope that the decisions being made will promote a peaceful resolution, with minimal economic and social impacts. Few ever win in a real shooting war. Everybody loses in a nuclear war.