The report forecasts the COVID-19 pandemic will result in retail beer sales declining by more than $22 billion. 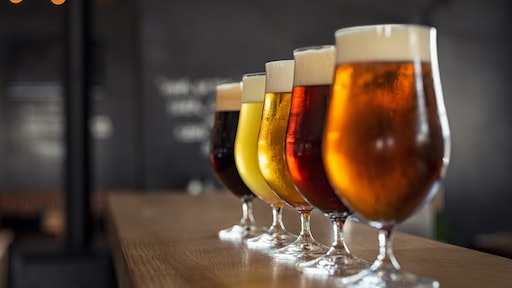 The Beer Institute, the Brewers Association, the National Beer Wholesalers Association and the American Beverage Licensees released a report from a leading economic firm showing more than 651,000 jobs supported by the U.S. beer industry will be lost by the end of the year due to the COVID-19 pandemic. These job losses include more than 3,600 brewing jobs, 1,800 distributing jobs and 400,000 retail-related jobs.

The report forecasts the COVID-19 pandemic will result in retail beer sales declining by more than $22 billion.

“Although millions of Americans continue to enjoy beer responsibly every day, because of the COVID-19 pandemic, the beer industry has seen a dramatic decline both in sales and jobs that rely on our nation’s most popular alcohol beverage,” said Jim McGreevy, president and CEO of the Beer Institute. “We hope policymakers consider that our nation’s brewers and beer importers are having to make difficult decisions to adjust for the impact of the COVID-19 pandemic. Members of Congress should pass legislation to ensure our nation’s beer industry does not face a $154 million annual tax increase next year, and state legislatures should not raise taxes on the beer industry to resolve budget shortfalls. These tax increases will only result in additional job losses for our nation’s brewers and beer importers and the millions of American’s whose livelihood depends on them.”

“Small and independent craft brewers, brewpubs, and tap rooms are in nearly every congressional district across the nation and are vital contributors to their communities, and they directly employ more than 160,000 workers,” said Bob Pease, president and CEO of the Brewers Association. “Right now, these small businesses are struggling under severe financial and operational limitations to make payroll, continue production and serve their customers. Making a bad situation worse, these businesses face a second looming crisis: an increase to their federal excise taxes in 2021 – less than four months from now! If Congress doesn’t enact the Craft Beverage Modernization and Tax Reform Act (H.R. 1175/S. 362), businesses that are already struggling will face higher federal excise taxes, causing some businesses to close their doors permanently and threatening tens of thousands of jobs.”

“America’s beer distributors have been working nonstop to keep the nation’s supply chain and economy moving while facing unprecedented challenges during the COVID-19 pandemic,” said Craig Purser, president and CEO of the National Beer Wholesalers Association. “The abrupt, forced shutdown of bars, restaurants, hotels, arenas and more during the busy spring season left at least $1 billion of perishable draft beer stranded in the marketplace and unable to be sold. In addition to this significant financial loss, beer distributors have seen their operating costs skyrocket as they have made substantial investments to keep their workforce and customers safe during this global health crisis. The beer industry will continue to face difficult headwinds as we navigate this crisis that is still unfolding.”

“Even though the vast majority of bars and package stores have diligently followed COVID-19 regulations and guidelines so they can continue to serve their customers and communities, the unfortunate truth is many beer retailers have been forced to lay-off employees or close their doors altogether due to the COVID-19 pandemic,” said John Bodnovich, executive director of American Beverage Licensees. “Bars & taverns that have been allowed to reopen are fighting to simply stay in business in the face of occupancy and hours of operation restrictions that have many teetering on the brink of collapse.  These local businesses need Congress’ support and additional COVID-19 relief to survive, not the threat of tax increases on their industry.”

In 2018, the Beer Serves America study concluded America’s beer industry supports more than 2.1 million jobs, contributing more than $328 billion to the U.S. economy. The beer industry pays annually nearly $59 billion in taxes, meaning—on average—taxes account for 40% of the cost of a beer.

Imagine a major earthquake strikes one of our major shipping ports and airports, where essential goods are transported through. How does the supply chain continue on?
Swiss Re
May 10, 2022
Follow Us