Domino's reportedly spent $8.5 million to stockpile ingredients that may not be available if Britain moves forward with leaving the European Union. 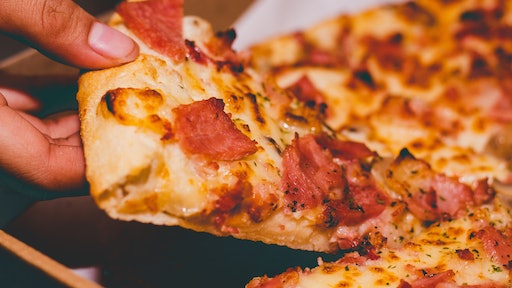 Photo by Muffin from Pexels

Domino's reportedly spent $8.5 million to stockpile ingredients that may not be available if Britain moves forward with leaving the European Union.

During an earnings call, the company said that a disorderly Brexit "carries the increased risk of disruption to raw material supplies." According to CNN, the pizza chain imports roughly a third of its supplies from outside of Britain.

Stockpiling has been going on well before the first Brexit date in March, however worries grew after UK Prime Minister Boris Johnson threatened to leave the European Union on October 31 whether or not there is a deal in place to protect trade.

If a deal isn't reached, there could be severe shortages and disruptions throughout the food supply chains. Companies have been stockpiling for so long that there has been reports of limited cold storage space.

CNN reports that Domino's spent $8.5 million to implement "a series of measures to minimize the impact of supply chain disruption as the probability of risk has increased."

While there are many things that need to be addressed in order for the labor gap to shorten, innovations need to begin in order to prevent future supply chain disruptions.
Mackenna Moralez
June 16, 2021
Latest

Assistant editor Mackenna Moralez talks with Joe Amici, director of consolidation, Echo Global Logistics, about how critical the Coronavirus pandemic was to truck drivers and why the supply chain thrives off of drivers.
Echo Global Logistics
April 19, 2021
Follow Us