China was previously a bright spot for U.S. apple exporters as they only had access to that market for the last three years. 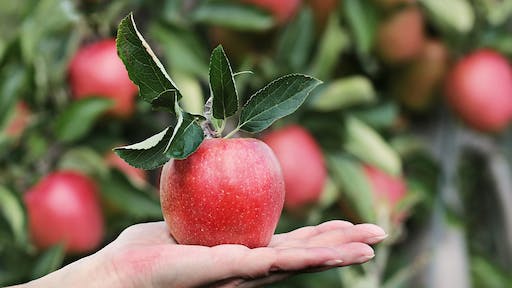 The apple industry had previously braced for the impact that tariffs would have on them in the fall, but they couldn't predict the damage that would occur.

In a new report from the Congressional Research Service titled "Profiles and Effects of Retaliatory Tariffs on U.S. Agricultural Exports" notes that apples and cherries are among agricultural commodities hurt the most by retaliatory tariffs placed by some of the U.S.' strongest trading partners. According to the report, U.S. apple exports to Mexico and China now have additional tariffs of 20 and 40 percent. Previously, apples to Mexico faced no tariffs while China had a tariff of just 10 percent. Now, apple exports to China experience a tariff rate of 50 percent.

If the U.S. were to drop tariffs on steel and aluminum it is likely that countries would drop their retaliatory tariffs. However, it is unlikely that the Trump administration will budge on trade issues.

Still, China was previously a bright spot for U.S. apple exporters as they only had access to that market for the last three years. Previously, the country went from zero imports to 2.5 million cartons a year.

Here’s how technology, visibility and the drive to overturn the labor shortage help improve the current state of the supply chain.
Marina Mayer
Dec 13th, 2021

After a couple of turbulent years in the cold supply chain, 3PLs plan for a continued rocky 2022.
Brielle Jaekel
Dec 15th, 2021

The supply chain is an absolute mess. Wonder what’s in store for 2022. Hopefully a less gloomy outlook and a brighter future for the global food supply chain.
Marina Mayer
Dec 27th, 2021
Latest

To avoid potential delays and spoilage, now would be the time for importers to ensure their Foreign Supplier Verification Program is in place and running.
OEC Group
Jan 13th, 2022

Supply chain experts say that the supply chain crisis is not over yet, that companies will feel the repercussions for the remainder of 2022 heading into 2023. But, data science experts predict otherwise.
Marina Mayer
Jan 12th, 2022

The rising costs of insurance for carriers prompts tech companies like Overhaul to partner with insurance companies to use data to lower premium costs.
Overhaul
Jan 11th, 2022

The new rules for irrigation water will take some planning and adjustment on the part of the operations who must make this shift toward prevention, and holds producers accountable for developing risk assessment and mitigation procedures.
SCS Global Services
Jan 4th, 2022

To build a true food safety culture, the workforce must be well educated in the basic principles of food safety.
Underwriters Laboratories (UL)
Dec 28th, 2021

The importance of food supply, food safety and food accessibility is rightfully heightened. Let's extend appreciation to the farmers responsible for putting food in stores and on our plates.
Christina Marantelou
Dec 24th, 2021

What happens product shows up spoiled, packaging broken or it just doesn't show up at all? Here's what to keep in mind when it comes to making claims.
FisherBroyles
Dec 13th, 2021

The maritime mode accounted for 65% of reported insurance claims. This in part explained by the length of time cargo is in transit and exposed to variable climatic zones.
TT Club
Dec 8th, 2021

What if you’ve spent the last 18 months installing the most cutting-edge technology to manage your fleet, when it’s your servers that end up getting attacked?
Marina Mayer
Nov 29th, 2021

Whether to obtain it through the shipper or an insurance company comes down to which option is more cost-efficient.
GCG Financial, an Alera Group company
Nov 29th, 2021

Supply chain threats will remain one of the most serious issues global businesses will face in 2022.
BSI Supply Chain Services and Solutions
Nov 23rd, 2021

Anaplan VP of global supply chain solutions Evan Quasney gives insight into how the supply chain disruptions will show up on the Thanksgiving table this year, as managing editor Brielle Jaekel asks him about trends in the industry.
Anaplan
Nov 23rd, 2021

Kinetic and Nationwide partner together to create a technology-driven approach to employee safety and insurance claims.
Kinetic
Nov 16th, 2021

Greenwashing is easy to do, but best to avoid. Customers reward those companies making the most transformational changes. But, customers will abandon those companies who don’t live up to the claims they make.
HowGood
Nov 16th, 2021