The science is such that the process could also potentially decontaminate the surface of masks, packages or bins, making it a powerful weapon against infectious agents. 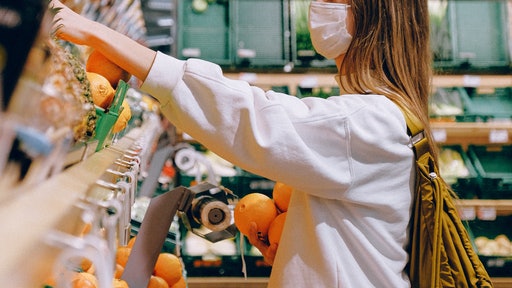 Contamination can occur anywhere in the food chain, and when unchecked, it can be transferred to the consumer. It doesn’t matter if the contamination is viral, bacterial or fungal. With the Coronavirus disease (COVID-19) crisis, people should be concerned about potential contamination of the surface of foods as well as the boxes and containers that carry product. Ideally, there would be a decontamination step in place at each point to act as a firewall to solve this problem. But, there may be an effective and versatile method of surface disinfection compatible with the modern food logistics chain.

The food sciences department at the University of Guelph, Canada, conducted research on the safety of fresh produce and developed a decontamination method based on the Advanced Oxidation Process (AOP), which generates highly reactive, antimicrobial, hydroxyl radicals. The science is relatively simple and is based on degrading hydrogen peroxide and ozone by applying germicidal ultraviolet light.

Unlike ultraviolet lights, which are limited by shaded areas on the surface to be decontaminated, hydroxyl radicals generated by the AOP can permeate into protective sites. Because the generation of hydroxyl radicals is rapid, it is possible to achieve treatment times in ten seconds.

This method was developed to meet the requirements of industry. It was continuous, scalable and could be monitored with no negative impact on product quality or residues. And, it worked. The food sciences department at the University of Guelph found that it was 99.99% effective in removing pathogens, mold and even viruses from food products. And, those viruses included ones more lethal than COVID-19.

The process was initially tried on candied apples infested with Listeria, and resulted in the inactivation of Listeria monocytogenes (the species of pathogenic bacteria that causes the infection listeriosis) on the surface and sub-surface of those apples. After more research, this method was successfully used on 50,000 cases of lemons per day for a citrus operation in California.

Then a berry processor that wanted to decontaminate grapes and extend shelf life tried it; so did a large avocado packer. Again, it worked. It was then used to decontaminate a diverse range of produce – everything from blackberries to cantaloupes. All proved successful in inactivating such pathogens as E. coli, Salmonella and Listeria, along with such spoilage molds as Bostrytis, Penicillium and Aspergillus. The method could degrade the pesticides chlorpyrifos and bascalid on apples and grapes.

Additional studies were done on low-moisture foods (i.e., dried fruit, nuts, cereal), which was a logical step since the process did not use water. That, of course, was revolutionary since the traditional way of cleaning fresh fruit and produce had always involved water. The problem with water is that it can carry pathogens. It was found that the process could inactivate viruses such as norovirus surrogate and hepatitis A, which were introduced onto dry ingredients, and could also inactivate Salmonella and Listeria on raw poultry and smoked fish.

The science is such that the process could also potentially decontaminate the surface of masks, packages or bins, making it a powerful weapon against infectious agents.

For example, think about automated systems that disinfect the interior of airplane cabins or the interior of transport trucks. The latter application would be timely given introduction of the Final Transport Rule under the Food Safety Modernization Act.

Why is this significant?

Before the virtual ban of international travel, planes from Italy were still landing at North American airports. Consider that before boarding a plane in Milan, passengers had to remove their shoes, boots, sandals and coats, and drop them onto bins that move along a conveyor. But, those bins, used countless times a day, were not sanitized. The COVID-19 can live on flat surfaces.

With this ongoing crisis, there is uncertainty about how long the virus can survive on surfaces, such as for packaging and food. But, studies reveal that it can survive up to 7 hours on certain surfaces. Given the large knowledge gaps about COVID-19, it would be better to inactivate the virus rather than rely on die-off. In effect, nip it in the bud.

As mentioned earlier, this process has proven effective against viruses more resistant than COVID-19 such as Hepatitis A, Feline Clicivirus (FCV) and Murine BV2 (VN)-norovirus surrogate. There is also the potential to use it at different points in the food chain – from decontaminating tools used by field workers to decontaminating produce in the processing stage to decontaminating right in the store. Disinfecting packages provides a firewall between the supplier and user. Decontaminating shopping carts, bins or even products going through a check-out are all possibilities.

The next revolution in the AOP process could be gas-phase treatments using this system and apply it throughout the food and health sectors wherever surface contamination is an issue.