All Eyes on the Sanitary Food Transportation Act

The Food and Drug Administration has the responsibility for implementing FSMA and has issued seven proposed rules on each of the critical elements. 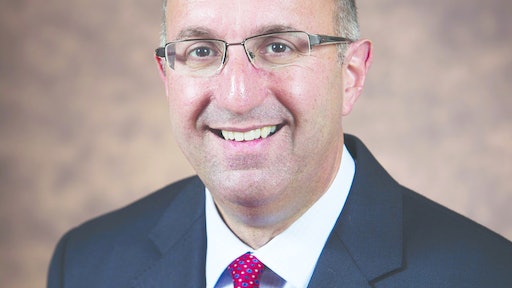 When the U.S. Food Safety Modernization Act (FSMA) was passed in 2010, it represented the largest change to the Food Drug and Cosmetic Act since that law was passed in 1938. The goal of FSMA is to move the nation’s food safety regulatory regime from a position of responding to contamination to a more proactive system designed to prevent it from happening in the first place. As a result, companies in the food industry will have a responsibility to assess the risk for food contamination and take steps to alleviate these risks.

The Food and Drug Administration has the responsibility for implementing FSMA and has issued seven proposed rules on each of the critical elements. These include Hazard Analysis and Preventive Controls for both human and animal food; Produce Safety; Intentional Adulteration; Foreign Supplier Verification Programs; Accreditation of Third-party Auditors; and finally the Sanitary Food Transportation Act (SFTA). While each of these rules will impact different areas of the food supply chain, for food service distributors the Sanitary Food Transportation Act proposal represents perhaps the most critical FSMA change.

SFTA is actually a separate piece of legislation that was passed by Congress in 1990. At the time, the law gave the Department of Transportation the responsibility for overseeing food safety in transportation. This was outside the DOT’s expertise, however, and regulations implementing the law were never written. In 2005, Congress moved authority for SFTA over to the FDA. The agency did not immediately act on the law, though it did issue an advanced notice of proposed rulemaking in 2010 seeking stakeholder input regarding how to regulate food transportation. FSMA requires FDA to implement SFTA and the new proposal builds on the comments from the agency’s 2010 effort.

The regulations would be the first-ever rules regarding food transportation. Currently, the only requirement in the law is that food must be transported in a manner in which it will not become adulterated. The new proposal creates the idea of good transportation practices and places more specific obligations on shippers, carriers and receivers. Like the Hazard Analysis and Preventive Controls proposal, it is designed to control the most likely hazards through general sanitation of vehicles, proper refrigeration, cleaning between loads, and the protection of food during transport.

The proposal would apply to land shipments of all types of foods, including human and animal food, raw materials and ingredients. It would also apply to the transportation of meat and poultry, products that usually fall under the jurisdiction of the U.S. Department of Agriculture. In general, the proposal attempts to be performance-based and flexible by creating broad-based goals rather than requiring specific practices. Instead of companies being mandated to take particular actions, they can design their own solutions, but those solutions must ensure that the requirements of the rule are met.

This is likely to be a double-edged sword for industry. While the proposal takes the proper approach by allowing companies to determine the best method to comply, it does create the potential for conflict between businesses and enforcement personnel. Undoubtedly, many of the groups that comment on the proposal will be asking FDA for a greater understanding of how compliance can be achieved.

Much of the proposal is focused on greater record keeping to document proper procedures, especially in the area of refrigeration. How shippers determine temperature control requirements and the documentation required are likely to be two areas in which stakeholders will focus in the comments. Other key issues include greater understanding around the proposal’s requirements on segregation of loads to ensure against cross-contamination and proper truck washing procedures. The rule also creates an exemption for smaller operators, a source of concern for the food industry as food safety is a responsibility that applies to all companies, regardless of size.

FDA is holding a series of public meetings to hear from stakeholders, and comments on the proposal are due by May 31. According to the FDA’s agreement with a federal court, a final SFTA rule must be issued by March 31, 2016. While this may seem a generous timeframe, FDA currently has an extraordinarily large number of major food industry issues on its agenda. In addition to the seven FSMA rules, the agency has issued a new proposal on nutrition labeling, is working on final rules on menu labeling for restaurants and other food away from home providers, and has recently issued a finding that could result in a total ban of partially hydrogenated oils. Taken altogether, we will see the emergence of a new food safety program over the next few years.