Katsumi Takeuchi, Chairman of Daifuku, passed away from heart failure. 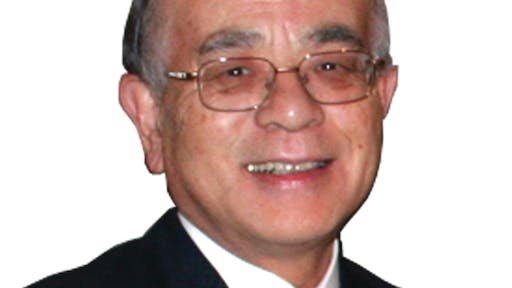 Osaka, Japan (January 10, 2013) - Chairman of Daifuku, Katsumi Takeuchi, has passed away from heart failure on Tuesday, January 8 in Tokyo, Japan, at the age of 73.

Takeuchi has shown his great ability as the Chairman and Co-CEO of the Daifuku Group. Takeuchi was born in Gunma, Japan, on December 25, 1939. He joined Nippon Kangyo Bank, Ltd. (now Mizuho Financial Group, Inc.) in April 1963.

He was also serving as Chairman of The Japan Institute of Material Handling. He received his Bachelor of Law degree from Tokyo University in March 1963.

Unsung Heroes is a “feel-good” series of interviews with frontline workers, professors and more to discuss the effects of the pandemic and how these unsung heroes are turning challenges into opportunities.
Kenco Logistic Services
February 15, 2021
Follow Us