Retail Dynasties: What Ruled When and How They Drove Today’s New Retail Economy

The best way to be competitive is to build communities that include trusted partners from up and down the supply chain. 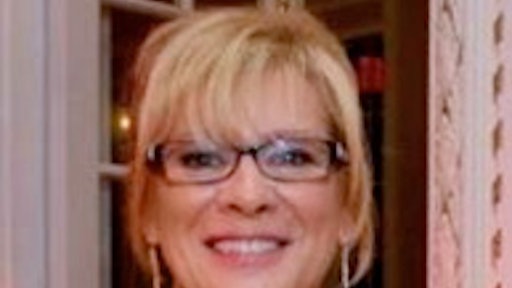 Dynasties shaped our globe. China, England, India, Italy, Greece … the list of nations that were sculpted by the varying rule of whichever family was in political control is long, and each dynasty left its own distinct mark on the people and land it ruled. The retail ecosystem is also ruled by dynasties: Throughout the decades, a new ruling force took control every 20 years, driving new practices and leaving legacies that exist today.

The 1960s: An Era of Intuition and Gut Instinct

In the early days of retail, the gut ruled the day. Everyone in the retail supply chain in the 1960s had one critical luxury that no longer exists today at their disposal—time. The gut was given control because, although it may not have seemed like it then, the time available to bring a product from idea to market was enormous. From inspiration to sourcing to pricing and packaging to merchandising, product lifecycles were long compared to today and it was therefore possible to build retail strategy on the gut instinct of the person in charge of that stage. If a merchandiser thought a particular style of shirt would sell well in the Midwestern U.S. market, that's where he sold it. Data? What's that? The consumer, who was limited by a lack of choices, had to go along with this style of retail and did so happily because she knew no other way.

The ‘80s Belonged to the Ax

Not surprisingly, there was a shelf life on this instinct-driven, go-with-your-gut era. As technology improved and product lifecycles shortened, those in the retail ecosystem had to find other ways to beat out the competition and that required more than just relying on their own instincts. Products needed to get to market quicker and more inexpensively than ever before. Consumers expected on-trend clothes and items for less, and the only way to deliver and get ahead in retail was to cut mercilessly, which is why the ax ruled for so many years during the 1980s. Discount stores boomed—the 1980s saw the rise of Wal-Mart, which dominated the industry in the ‘80s and ‘90s. Prices dropped to the basement—then lower. Brands trimmed every ounce of excess imaginable to accommodate the new world of retail.

To be honest, it wasn't the best time to work in the retail world. Creativity wasn't applauded; rather, it was an afterthought. Nothing mattered more than price at every stage of the product journey. Luckily, the days of the ax eventually passed, as consumer desire for quality began overpowering the need for rock-bottom prices. That isn't to say that consumers aren't cost-sensitive; they are, but they are willing to pay for items when they see value.

A New Millennium Defined by a Buzz Phrase

To achieve that balance, brands turned to a new ruler: business process reengineering (BPR). Driven by speed-to-market initiatives and popularized by tech giants like IBM in the previous decade, BPR mandated that brands stop relying on the same old processes to achieve a new desired result and instead reevaluate their entire approach to product development. The benefits of BPR are streamlined workflows, maximum productivity, decreased costs and increased quality. The victim? Creativity. I challenge anyone to feel inspired when so wholly bogged down in the process conversation.

Crossing the Chasm: A Tribal Shift to Co-Creation

Today, members of the retail ecosystem largely shed the idea that any one ruler can exist. Rather than relying on the gut, or the ax or BPR—all of which created an unsustainable race to the bottom in the industry—those in the retail ecosystem today are embracing an environment of collaboration. This shift is due, in large part, to a change in the technology that drives our everyday lives: Smartphones, cloud technology, and social platforms like Facebook and Pinterest are commonplace, making collaboration and visual sharing second nature.

The digital revolution put the consumer in a position of power like never before. Consumers today behave in the polar opposite of the era of the gut. No longer are consumers beholden to the information that retailers provide; instead, they have the ability to conduct their own research and come to a purchasing decision better informed than in decades past. As the saying goes, information is power, and the empowered consumer can choose what to buy on the basis of price, quality, customer reviews, ethical sourcing and environmentalism, and endless other criteria that brands must consider.

After decades of competition, brands learned that the best way to be competitive in the face of the educated and discriminating consumer is to build communities, or tribes, that include their trusted partners from up and down the supply chain—from sourcers to retailers and everyone in between. Rather than relying on a disjointed, highly competitive system that discourages collaboration, the new retail economy looks a lot like the world in which we all live outside of work: mobile, collaborative, interactive and, above all, inspired. Brands cannot afford to bring shoddy or unpopular styles to market because consumers can no longer be talked into purchasing subpar items.

Through collaboration and community-building, brands are bringing products to market quicker, without being forced to sacrifice in other areas, like quality or price. Cohesiveness and communication at every stage of the product lifecycle remedies problems like an awkward fit or an off-trend style, and prevents companies from wasting time and dollars when it doesn’t make sense. In the new retail economy, consumers are excited to shop for the latest styles and trends, but perhaps more importantly, those of us in the retail world are excited to go to work. We found a way to re-tap the passion that brought us to the industry in the first place, but was so hard to keep alive through the decades of spreadsheets and processes that diminished any light of creativity we tried to keep burning.

Sue Welch is the CEO of Bamboo Rose, a business-to-business (B2B) digital marketplace powered by trade engines that allow members of the retail ecosystem to collaboratively discover, develop and deliver products.