With the acquisition, Hershey's aims to enter the cheese puff category. 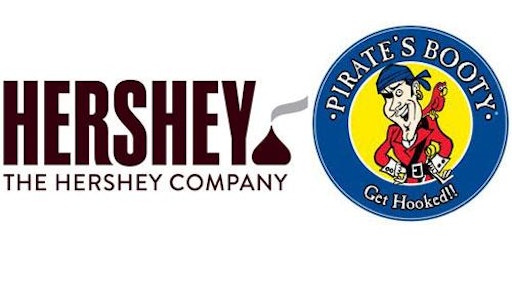 Consumers have been eating more healthy snacks lately, so traditional snack brands have been shifting their focus to meet customers' wants and needs. Conagra recently bought Pinnacle Foods and PepsiCo announced that it was buying seltzer maker SodaStream last month.

Hershey's believes that Pirates snacks will help it break into the cheese puffs category, which brings in a total $2.5 billion annually. According to CNN, Pirate's Booty is the fastest growing brand in the category, growing 8 percent year over year.