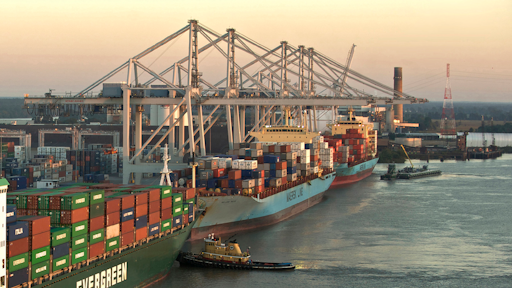 South American citrus, grapes and blueberries will arrive sooner and last longer for consumers in the Southeastern U.S. thanks to the Georgia Ports Authority’s participation in a USDA pilot program.

Starting Sept. 1, the Port of Savannah will begin handling fruit from South America that has undergone cold treatment, a process that prevents the transmission of agricultural pests.

Through the U.S. Department of Agriculture pilot program, citrus fruits, grapes and blueberries will be chilled for at least 17 days prior to entry into the U.S. to protect against fruit flies. The process will be done in producing countries – including Peru, Chile and Brazil – or at transshipment points such as Panama. The fruit will move in refrigerated containers held just over freezing during transit aboard cargo vessels, effectively cutting the time the fruit must remain stationary for treatment.

“We will work closely with the Georgia Port Authority and Customs and Border Protection over the next year to evaluate the application of cold treatment and monitor its progress,” said Osama El-Lissy, deputy administrator to plant protection and quarantine, a program under USDA’s Animal and Plant Health Inspection Service. “Bringing cold treatment to the Port of Savannah is just one example of USDA’s commitment to facilitating trade while protecting American agriculture.”

Besides faster delivery, the program also cuts logistics-related emissions by reducing truck miles and allowing more efficient shipments. Trucks carrying refrigerated cargo containers may be loaded up to 100,000 pounds (truck and cargo weight) on Georgia highways, where domestic trucks may be loaded only to 80,000 pounds. Transit savings could mean lower prices for consumers.

Cliff Pyron, GPA chief commercial officer, said port customers have been requesting the delivery of fruit closer to the fast-growing market of the Southeastern U.S.

“We look forward to a successful pilot, leading to a permanent program expanded to include new countries and more commodities,” Pyron said. “Because the South American growing season is opposite that of the U.S., these shipments are vital for keeping fresh produce on shelves year-round.”

Garden City Terminal in Savannah has a refrigerated container capacity of more than 2,600 containers. The refrigerated boxes are powered by 600 chassis plug-ins and 2,016 container rack slots. The Port of Savannah is the only port in the nation to use reefer racks on this scale.