The port's continued success points to a myriad of reasons, most of them the result of innovation that has brought about a sea change in what was once a sleepy Southern harbor. 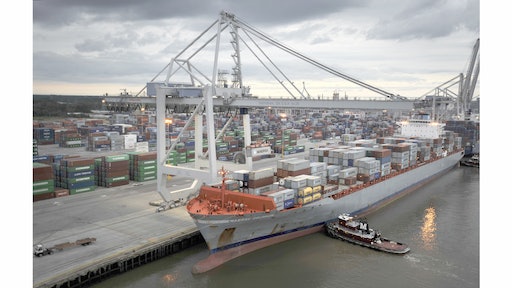 In July, Georgia Ports Authority Executive Director Griff Lynch reported a record Fiscal 2017 to his board—3.8 million containers and $373 million in revenues for the period ending June 30.

Last week, Lynch reported that the Port of Savannah had hit another milestone, moving more than 1 million TEUs across Garden City Terminal in the first quarter of FY2018, which ended Sept. 30.

Lynch pointed to a myriad of reasons for the port's continued success, most of them the result of innovation that has brought about a sea change in what was once a sleepy Southern harbor.