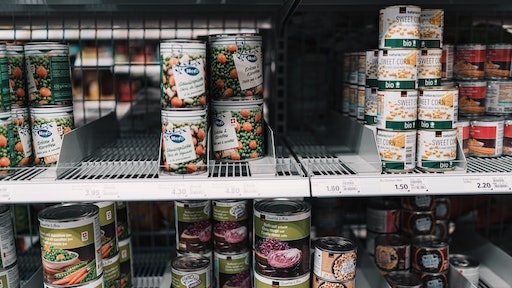 Household consumer packaged goods (CPG) spending in May 2020 was up 21% compared to May 2019, but not quite as impressive as the year-over-year increase in April 2020 (+29%) or March (+36%). These findings are part of new data released by NCSolutions (NCS), the leading company for improving advertising effectiveness for the consumer packaged goods ecosystem.

Americans remain in what NCS has defined as the Home-Confined Buying stage of this COVID-era, even though by May 20, all 50 states had started the process to relax restrictions on a range of businesses, from restaurants to salons. NCS continues to define the current stage of CPG shopping as Home-Confined due to the elevated household spend on CPG products, indicating that Americans are eating home more often. Flour, extracts, frozen poultry and meat are among the categories that continue to have higher than usual sales.

“As Americans venture out more, there will be some adjustments to their shopping behavior. However, we have seen consumers embracing some of the behaviors they found during the height of the pandemic – such as more cooking and entertaining at home,” said Linda Dupree, CEO, NCSolutions. “It’s too early to tell what is likely to have a lasting effect, but the latest trend data shows buyers may be settling into these new routines. During this time of change, it has never been more important to understand the drivers of effective advertising.”

Baking experienced a surge in popularity from the start of the pandemic. Pre-COVID-19, sales of baking supplies such as flour and sugar had been down slightly. During the Extreme Buying phase, spending on flour and meal increased by 221%, egg substitutes by 529% and pancake mix by 213%. All remain elevated in the Home-Confined phase — by 91%, 100% and 49% respectively, indicating that Americans continue to bake at higher rates. Overall, the category is up 37% in the Home-Confined period, compared to a year ago.

Supply Chain Worries Drive Spending on Meat and Poultry in May

Reports in April about potential meat and poultry shortages appeared to make an impact on May sales. Overall, sales of meat were up 32% during the Home-Confined Buying phase when compared to the same period last year.

Frozen poultry topped the list with sales up 81% year-over-year during the Home-Confined Buying phase. By contrast, sales of this product had jumped 266% during the Extreme Buying phase. Frozen breaded chicken along with fresh, frozen and shelf-stable meat round out the top five, as consumers continued to stock amid worries about the impact of poultry- and meat-processing plant closures.

“Through the next several months, we anticipate the supply of advertising inventory for CPG brands to rise along with media consumption,” said Lance Brothers, chief revenue officer, NCSolutions. “As costs come down, CPG advertisers will have an incredible opportunity to get in front of loyal buyers and engage new consumers. The brands we work with are preparing with targeted strategies, refreshed creative and messaging.”