The new Atlanta facility is the next step in Kalera’s rapid domestic and international expansion plan to bring consumers fresh leafy greens right where they are. 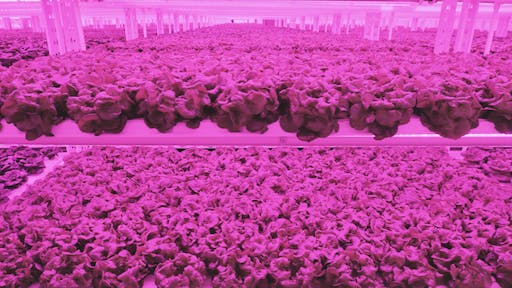 Kalera announced that it will open a new state-of-the-art growing facility in Atlanta in early 2021. The new Atlanta facility is the next step in Kalera’s rapid domestic and international expansion plan to bring consumers fresh leafy greens right where they are.

By placing its farms directly in the communities that they serve, Kalera is able to supply national retailers and foodservice distributors without a long haul across the country, guaranteeing that its leafy greens are fresher longer, and much safer than field-grown lettuce.

The new facility is being announced less than two months after Kalera opened its second Orlando, Florida farm. While Kalera’s Orlando farm is currently the highest production volume vertical farm in the Southeast, the new Atlanta facility will be more than double the size and able to produce 11 million heads of lettuce annually while generating approximately 75 jobs for the local community.

As was the case in Orlando, Kalera is able to quickly open its newest growing facility in Atlanta with its proprietary technology as a result of a streamlined design and construction process, further illustrating its ability to rapidly scale and expand its vertical farms. As Kalera accelerates its growth over the next few years, it will continue to build additional facilities, expanding production capacity throughout the US and internationally.

“Atlanta is home to several leading foodservice and retail companies, and as a city that appreciates great food, access to fresh, clean, local produce is key. After our success in Orlando, Atlanta was the next logical step in our expansion plans,” said Daniel Malechuk, CEO of Kalera. “Today, more than ever, consumers are focused on understanding where their product comes from, how far it's traveled to get to them, how many times it has been handled, and how safe and clean it is.”

"By leveraging new developments in science and technology, Kalera is redefining what pick-to-plate freshness means for the future as well as positioning us as an industry leader in the local ag-tech revolution,” said Cristian Toma, Chief Technology Officer of Kalera. “At this critical time, we are excited to be a reliable, year-round source for non-GMO, pesticide-free leafy greens, lettuces, and microgreens that are always of the highest quality. When consumers choose Kalera greens, they know that they’re making the safe, locally sourced choice for themselves and their families.”

The company utilizes cleanroom technology and processes to eliminate the use of chemicals and remove exposure to pathogens. With indoor facilities situated right where the demand is, Kalera is able to supply an abundance of produce locally, eliminating the need to travel long distances when shipping perishable products. This means Kalera can ensure the highest quality and freshness by delivering product to customers within hours of harvest rather than days or weeks. Kalera's plants grow while consuming 95% less water compared to field farming.