The ongoing trade war between the United States and China has hit nearly every industry as manufacturers and growers stockpile goods as they await a resolution. 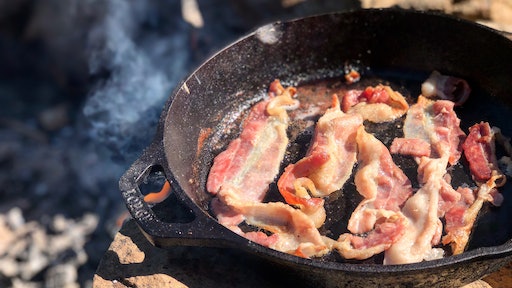 The ongoing trade war between the United States and China has hit nearly every industry as manufacturers and growers stockpile goods as they await a resolution.

Now, pork producers are stocking up up frozen pork bellies, up 34% from last year's total and the highest they've been since 1971.

Despite tariffs on the pork, exports have remained strong due to the African Swine Fever that has ravaged China's pork supply.

The crisis could give the U.S. the upper hand in upcoming trade talks as prices for hogs continue to rise, forcing the country to purchase the meat from the U.S. in large quantities. If the virus spreads further, China may make concessions in its negotiations with the U.S.

Based on reports from exporters for Oct. 4-10, net sales of 292,200 MT reported for 2019 were up from the previous week and the prior four-week average.

2020 brought Link Live, a new Facebook Live video series where Food Logistics' editors have a roundtable discussion on all things happening in the industry. Here are some of our favorites.
Mackenna Moralez
December 29, 2020
Follow Us