With approximately 140 million cubic feet of capacity in nine states, and a presence in all three major protein production corridors, the combined companies will become the fifth largest cold storage warehouse in the United States. 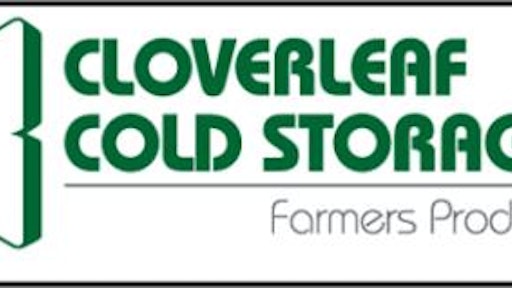 Cloverleaf Cold Storage has entered an agreement to merge with Zero Mountain, a leading cold storage warehousing and transportation company serving customers across its Arkansas locations. With approximately 140 million cubic feet of capacity in nine states, and a presence in all three major protein production corridors, the combined companies will become the fifth largest cold storage warehouse in the United States.

"I am pleased that these two great companies are joining forces," says Bill Feiges, co-CEO of Cloverleaf. "The Cloverleaf team has long admired Zero Mountain, which has been built over generations  by the Rumsey family upon business values similar to our own. Zero Mountain is highly respected in the cold storage industry, and the Rumsey family is known for its longstanding relationships and dedication to customer service. Its geographic footprint is a strong complement to that of Cloverleaf, and we believe that this combination will create significant value for our customers."

Mark Rumsey and Joe Rumsey will retain leadership roles in the newly combined business. Additionally, existing investors in Cloverleaf will invest significant additional equity to facilitate the transaction, which is expected to close during the first quarter of 2019.