A Brief History of the Food Supply Chain

At every juncture in the timeline, technology and innovation has supported the food supply chain, not only helping us transport food faster and farther. 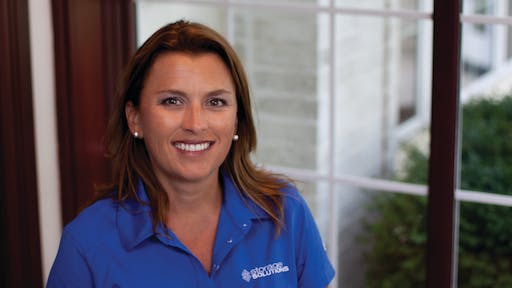 Food. Wonderful stuff, food. We literally couldn’t get along without it. Our early ancestors were self-sufficient and got their food by picking it from the ground, branches and vines or by killing it. In other words, they had to go out and find it. They followed game—where the animals went, people went. We were nomadic. For hundreds of thousands of years, the biggest problem facing mankind was one of keeping the population of small nomadic bands close to a source of food.

It wasn't until roughly 12,000 years ago that man began to domesticate plants and animals, turning them into livestock and crops. Agriculture was born. With the birth agriculture man could now stay in one place to tend his crops and civilizations began to arise. Camps became villages, which turned into towns and evolved into cities. With the development of population centers, people began to specialize as craftsmen, artisans and farmers. Self-sufficiency faded and trade began in earnest. The biggest problem now facing our forbears was how to bring food to the people.

The problem with transporting food, whether flora or fauna, is that from the moment it’s harvested it begins to spoil. Microorganisms like mold, bacteria and even the enzymes in the food itself all conspire to break it down, causing the food to spoil, become inedible and, sometimes, even deadly if consumed. So, the problem facing our earliest commercial carriers was the same as it is today: how to get foodstuffs from point A to point B in a fresh, consumable condition.

Early Egyptians had the best superhighway in the world. Using boats made of reed, and later of wood, the Egyptians were able to navigate great distances along the Nile in a relatively short period of time. They were even able to move their goods up river as far as 70 km per day by developing sails to travel against the current. River transport allowed them to effectively distribute dried meat and fish, grains and even fresh produce among the cities and settlements throughout the Nile basin. Their ability to sail also enabled them to export grains and surplus produce to other nations along the Nile and around the Mediterranean. But, they were still limited to only shipping foods that would keep well, largely grains and dried foods. Freshly butchered meat, even fresh fruits, would not have survived a 12-day journey from the coast of the Mediterranean to Thebes, nearly 800 km up the Nile.

As civilization progressed, advancements in transportation and food preservation methods allowed for some expansion in the trade of food goods. But, from the time of the Egyptians, to the Romans, to colonial America and right on into today, shippers still work against time, distance and the “shelf life” of the foods they transport.

It wasn't until the age of the Industrial Revolution that things really began to change. The dawn of the 19th century brought improvements in food preservation through canning and the development of better insulating materials, which allowed for a more effective use of ice for the cooling and preservation of meat. Along with changes in nearly everything else, the Industrial Revolution changed transportation drastically.

For thousands of years man had sailed upon the oceans on ships powered by only the wind or muscle. In the 1700’s, a trans-Atlantic voyage originating in North America could take two months or better. By 1880, frozen beef carcasses were being shipped across the Gulf of Mexico while trans-Atlantic voyages could now be completed in a week by sailing in a screw-driven steamship. In addition, the first successful use of compression refrigeration in oceanic transport was achieved when 40 tons of frozen beef and mutton were shipped from Australia to Britain. At this same time, trains had come to dominate transportation, conquering time and distance over land.

With the growth of technology and industry more people migrated to the cities, creating an even greater demand on the growing food chain. Again, technology provided the solutions. Steam engines gave way to internal combustion engines. Ice boxes were replaced by gas powered refrigeration in the early 1900’s, which was then supplanted by electric refrigeration by 1930. Highway systems grew and improved and freight trucks became a commonplace sight. Moreover, commercial air freight evolved from a simple flight carrying 40 pounds of silk in 1910 to transporting rare delicacies around the world at a moment’s notice.

At every juncture in the timeline, technology and innovation has supported the food supply chain, not only helping us transport food faster and farther, but helping maintain freshness and safety of the food we consume.

Traceability in the Food Supply Chain

The Global Food Supply Chain is Complex, Difficult to Regulate

Of all the various types of lithium-ion batteries, two emerge as the best choices for forklifts and other lift trucks -- LFP and NMC. Here's why.
OneCharge
November 1, 2021

Electric Pneumatic Forklifts for Both Indoor and Outdoor Applications

7 Steps to Rein in MRO Chaos in Food Production Environment

Here's how a food manufacturer moves from MRO chaos to a high-performing supply chain.
Synovos
August 30, 2021