On-premises visits have improved every month since April as the mandated dine-in closures have lifted and restaurants were able to offer varying levels of dine-in capacity. 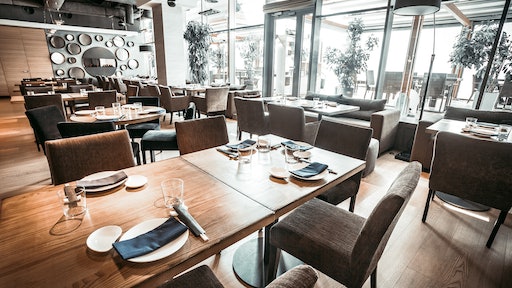 While August restaurant trends reflect an environment in which slightly less than 25% of restaurant units were under restrictions for on-premises dining during the course of the month, similar to June and July, the rate of traffic and dollar declines for the month eased slightly to -10% and -9%, respectively, compared to same period year ago, reports The NPD Group.

"As the summer progressed and mandated restrictions were lifted, an increasing number of consumers became more comfortable dining out based on the safety protocols restaurants put in place," says David Portalatin, NPD food industry advisor and author of Eating Patterns in America. "After months of staying at home and cooking their own meals or ordering in, they were ready for the restaurant experience again."

Since April, at the height of the stay-at-home and mandated dine-in closures, there are several areas of the restaurant industry that have improved or returned closer to pre-pandemic levels over the last months, according to NPD's CREST foodservice market research, which daily tracks how U.S. consumers use restaurants and foodservice outlets. For example:

The rise in popularity of food delivery has born a concept—dark kitchens.
Christina Marantelou
February 28, 2022

5 Trends That Will Shape Foodservice in 2022

How COVID-19 Transformed the Foodservice Industry

Distributors that can entice retailers with an incentive program that delivers high-value rewards tilt the scale in their favor, securing the business of those retailers.
Incentive Solutions
August 29, 2021

Supply Chains are Messy. And, Will Only Get Worse Before They Get Better.

While the state of our supply chains may worsen a bit, thanks to impending disruptions, they will recover, and will come back stronger than ever!
Marina Mayer
August 19, 2021

While the second quarter of 2021 brought on a series of lifted pandemic restrictions, there are concerns that the new Delta variant could undo all the progress that has been made.
The NPD Group, Inc.
August 13, 2021
Follow Us