The new service is three (3) days door-to-door and will allow Infinity Intermodal to provide refrigerated intermodal service throughout the greater Salt Lake City market including areas of southern Idaho. 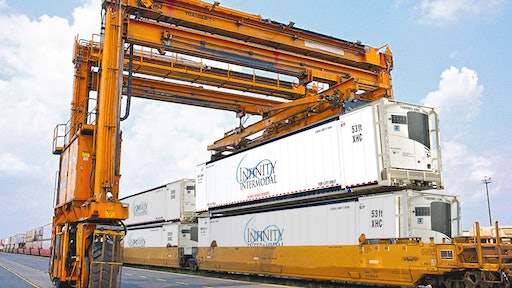 Additionally, Paul Goss, a member of Infinity Intermodal's Board of Directors, assumed the role of President & CEO on January 1st, 2020, while Nate Lawson was promoted to Vice President of Freight Services and Operations.  Paul Goss is a rail and transportation industry veteran with over 30 years of experience successfully managing rail, trucking, transportation and freight equipment assets and operating platforms.   Nate Lawson has worked for Infinity Intermodal since its inception in various roles and capacities in finance, pricing, operations, and marketing, and brings a wealth of experience to his newly expanded role.

The announcement of the above management changes and the newly added Salt Lake City service also follows a name change earlier this year to Infinity Intermodal (from Infinity Transportation Logistics) to better reflect that the company's identity as an Asset-Based, Temp-Controlled, Full Truckload intermodal carrier.