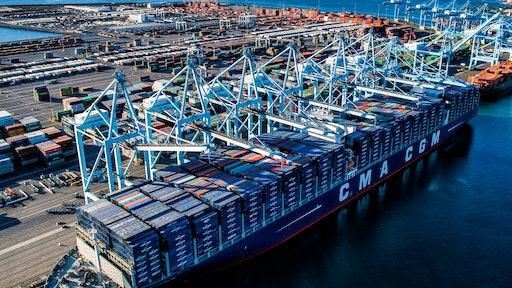 The Port of Los Angeles moved 779,903 TEUs last month, a 2.7% decreased compared to 2018's record-breaking number. Though, the figure isn't holding down the port as total volumes have increased 4.7% over the last three quarters compared to last year.

“The ill-advised U.S.-China trade war continues to wreak havoc on American exporters and manufacturers,” says Port of Los Angeles Executive Director Gene Seroka. “We’ve seen declining exports for 11 consecutive months while our fastest growing market segment is exporting empty containers back to Asia. It’s likely we’ll see softer volumes in the fourth quarter. We must have a negotiated settlement of the trade war as it is beginning to impact the more than 3 million jobs in the U.S. that are tied to this port complex.”