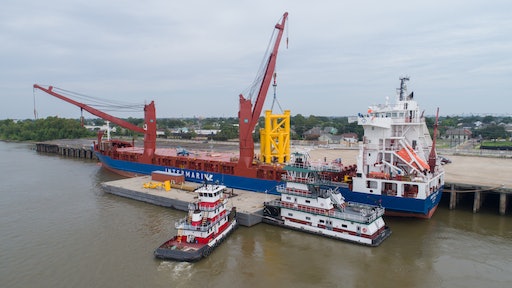 The Coast Guard reopened the port on Sunday as conditions were reported to be "normal," allowing vessel movement into and out of the river and the Port of New Orleans with some restrictions as the Seabrook Complex near Lake Pontchartain remains closed.

"Even while the storm was still approaching landfall, we were making preparations to reopen our ports and restore critical infrastructure and marine transportation systems as quickly as possible after it passed," says Capt. Kristi Luttrell, Sector New Orleans commander. "Along with safety of the public and first responders, restoration of maritime commerce was one of our top priorities."