The action marks the 16th strike mounted by the Teamsters union in recent years among nonunion workers at the twin ports. 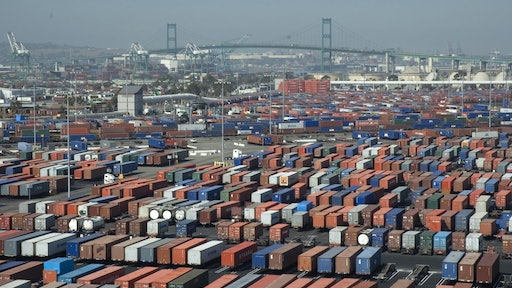 Port of Los Angeles and Long Beach warehouse workers and truck drivers are planning a three-day strike beginning Monday, in an effort to pressure logistics companies they claim owe the back wages, the Los Angeles Times reports.

The strike specifically targets XPO Logistics and NFI Industries and marks the 16th strike mounted by the Teamsters union in recent years among nonunion workers at the twin ports, according to the labor group.

The strikers plan to concentrate picketing and distributing leaflets Monday and Tuesday at warehouses, headquarters and retail outlets of clients of XPO and NFI, as well as demonstrating at the port itself.

Port officials tell the LA Times that previous Teamster port strikes caused some shipments to be turned away, but had a limited effect on port operations.

Port Of L.A. Trucker, Teamsters Reach A Settlement On Organizing