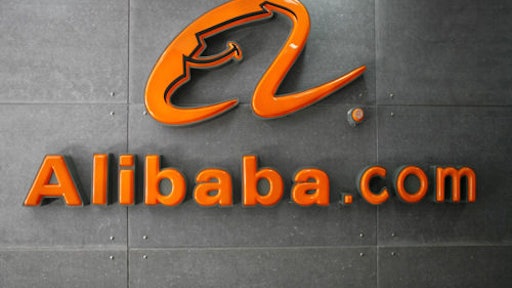 Two container shipping lines, France's CMA CGM and Israel's Zim, have signed up with Alibaba to allow customers to book space on their vessels through the Chinese e-commerce giant, in a bid to boost sales as the sector battles a severe downturn.

Container lines, facing their worst ever downturn due to a glut of ships and weaker demand, are pursuing several measures such as vessel-sharing arrangements or mergers and acquisitions to ride out the current slump. A growing number of logistics firms are going online to buoy their business.

Shippers traditionally go through freight forwarders to book space for goods on container vessels, but more liners are allowing cargo owners to book directly via the Internet. As for e-commerce companies, they are venturing into logistics to try to gain better control over their supply chain networks.

"Alibaba.com is open to collaborating with logistics firms who want to join our platform which aims to streamline the logistics process for small and medium-sized enterprises and empower them to seize cross-border trade opportunities," an Alibaba spokeswoman told Reuters in an email.

Israeli shipping line Zim, which is 32 percent owned by Kenon Holdings, has begun allowing customers to book space through the platform on routes such as Shanghai to India and Pakistan, or from Xiamen to South America, according to advertisements posted on the OneTouch platform.

France's CMA CGM has signed a memorandum of understanding with Alibaba to begin cooperating on the OneTouch platform for routes such as Qingdao to Barcelona or Ningbo to Venice, it said in a statement.

Acquired by Alibaba in 2010, OneTouch targets small and medium-sized Chinese exporters with online services such as customs clearance and logistics. It also allows them to book air freight and parcel delivery services and supports its parent Alibaba.com's business-to-business marketplace.

Maersk has begun offering a similar service to customers of online freight forwarding website Yun Qu Na, it said in an email to Reuters. The liner said in January that it planned to launch more pilot programs on third party portals.