The enforcement of the SOLAS container weight mandate for U.S. exports will be done by each port, and the U.S. Coast Guard will only get involved if it boards an incoming vessel and finds it doesn’t have verified gross mass for each box. 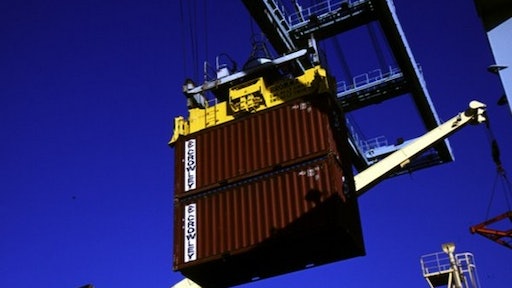 The mandate, under an amendment to the International Maritime Organization’s, Safety of Life at Sea, or SOLAS, convention originally approved in 2014, prevents carriers from shipping any containers without the verified gross mass of each container.

The enforcement of the Safety of Life At Sea (SOLAS) container weight mandate for U.S. exports — if there is any — will be done by each port, and the U.S. Coast Guard will only get involved if it boards an incoming vessel and finds it doesn’t have verified gross mass for each box, according to the Journal of Commerce.

Rear Admiral Paul Thomas, the agency's assistant commandant for prevention policy, also poured cold water on U.S. exporters’ hope that the Coast Guard would delay the rule, saying “that would be something that would have to happen at” the International Maritime Organization, which created the rule.

“The only reason I’m even entertaining the idea of putting a policy letter out is because of all the angst in the industry," Thomas said. The Coast Guard doesn't already have specific guidelines on how to enforce the IMO's container weight rules, he added, “because I’ve never needed it."

He said Coast Guard will detain the vessel and require the country that the ship is flagged under convenience to clear the detention. Thomas didn’t disclose whether the carrier would be fined. The U.S. Coast Guard now detains roughly 10 to 12 vessels monthly, both container and otherwise, and the reasons are generally for safety and environmental violations.

The interview with Thomas provides some of the first insights into how the Coast Guard will and won’t enforce the global mandate requiring shippers provide a VGM based on actual weighing of the cargo, starting July 1. The mandate, under an amendment to the IMO’s, Safety of Life at Sea, or SOLAS, convention originally approved in 2014, prevents carriers from shipping any containers without the VGM.