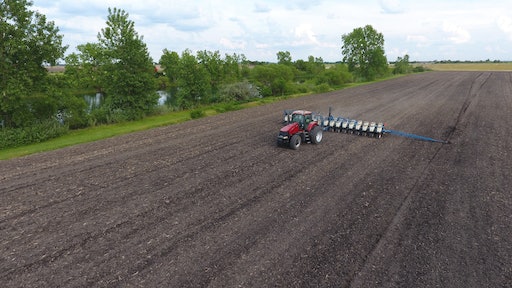 Photo by James Baltz on Unsplash

Iowa State University is studying ways to use soybean oil instead of petroleum-based oil as a bonding agent in asphalt for making roads.

Rolland Schnell, a soybean farmer from Newton, says it’s a tremendous opportunity for Iowa growers, who already lead the nation in soybean production.

“If this is commercialized, and it is going to be, about 1.6-billion pounds of petroleum oil is used as a binder product now in asphalt, and that’s a lot of oil,” Schnell says. “There’s no reason to believe that, as this is accepted, a large portion of that could be soybean oil.”

Schnell says using soybean oil in asphalt domestically and internationally would be a huge win, especially in this time of a trade war with China, as the need for more export markets is growing.

This isn't the first time that soybean oil is being used for other purposes, though. Earlier this year the European Union approved exports of U.S. soybeans to be used in the production of biofuels.

The decision was made to help boost imports following the trans-Atlantic meeting between Trump and his EU Commission counterpart, Jean-Claude Juncker.