In an effort to bring inland ports to central New York, state officials agreed to provide $21 million to transform the DeWitt rail yard owned by CSX Corp. into an intermodal cargo facility. 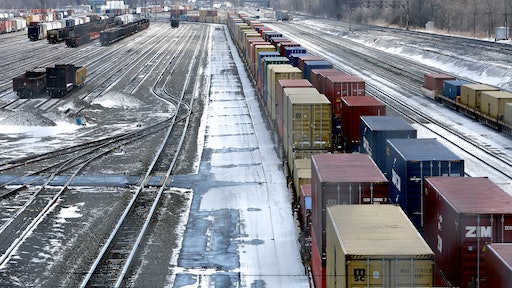 New York transportation officials have agreed to provide $21 million to transform the DeWitt rail yard owned by CSX Corp. into an intermodal cargo facility to ship containers to and from ocean ports, Syracuse.com reports.

The project is an effort to bring inland ports to Central New York.

The grant has been submitted to state Comptroller Thomas DiNapoli for review and must be signed off before the project can move forward.

Once approved, the DeWitt rail yard would expand so that 30,000 containers a year can be sent by rail between Central New York and ships at the port of New York/New Jersey, aiming for a completion date of December 2019, according to Syracuse.com. The project would also add a large paved area to store shipping containers, plus two portable lifts to move containers between trucks and rail cars, expecting to lower shipping costs by up to $500 per container.

The initiative originally brought controversy within the state, with some upset with the location becasue it was "hemmed in by wetlands and has less land available for development." However, state officials concluded that the DeWitt rail yard was the only viable site in central New York.

Syracuse.com reports that the money will come from a $40 million state legislature that was budgeted in 2015 to enhance rail connections in Central New York. The proposed grant calls for CSX to be reimbursed up to $19 million for the improvement, but the amount can be increased to $21 million if found appropriate.