Although volume fell below same-month levels of the past five years, total volume for the year to-date has exceeded the same period for every year prior to an atypical 2014. 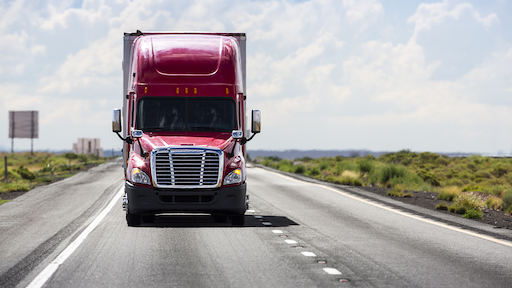 Spot market freight volume declined 9.7 percent in October, in a common seasonal pattern, according to the DAT North American Freight Index. Although volume fell below same-month levels of the past five years, total volume for the year to-date has exceeded the same period for every year prior to an atypical 2014.

Compared to record spot market volume of 2014, freight was down 44 percent in October. By equipment type, year over year, van demand was down 42 percent, reefer volume fell 34 percent, and flatbeds dropped 50 percent, compared to October 2014.

Line haul rates declined 5.7 percent for vans, 5.6 percent for reefers and 5.4 percent for flatbeds, compared to October 2014. Total rates paid to the carrier declined by 15 percent year over year, however, due to a 48 percent decline in the fuel surcharge, which comprises a portion of the rate.

Intermediaries and carriers across North America listed more than 120 million loads and trucks last year on the DAT Network of load boards. As a result of this high volume, the DAT Freight Index is representative of the ups and downs in North American spot market freight movement. In 2015, DAT re-formulated the Index with 2000 as the baseline year.

Reference rates are the averages, by equipment type, of thousands of actual rate agreements between freight brokers and carriers, as recorded in DAT RateView. Rates are cited for line haul only, excluding fuel surcharges, except where noted. The monthly DAT North American Freight Index reflects spot market freight availability on the DAT Network of load boards in the United States and Canada. Beginning in January 2015, the DAT Index was rebased so that 100 on the Index represents the average monthly volume in the year 2000. Additional trends and analysis are available at DAT Trendlines.

The Coronavirus pandemic hasn’t stopped the world from turning. Companies in the U.S. food supply chain have proven they can still deliver products around the country. However, shippers are projected to work harder to cut costs during peak season.
May 4, 2020
Latest

Schaefer Systems International Inc. announced that it is providing clients with a national reusable container asset management and recovery service.
SSI Schaefer
May 21, 2020

This will bring a unique set of customer experience solutions specifically designed for freight brands, that will enable them to quickly engage with their customers in an entirely new way using conversational AI and messaging.
Kontainers
May 20, 2020

Shippers will now be able to instantly execute multimodal shipments and obtain full transparency across the entire lifecycle all from a single digital logistics partner.
Loadsmart
May 20, 2020

This new TMS integration between Omnitracs and McLeod brings these best-of-breed technologies together, enabling better data-sharing capabilities.
Omnitracs
May 20, 2020

The silver lining behind the Coronavirus disease (COVID-19) can be what you make it—influx of automated technologies, learning new ways to do business, the industry coming together.
Marina Mayer
May 20, 2020

The agreement expands the scope of partnerships Trucker Tools has established and is among the first the company has formed with financial services and business support firms focused trucking operators.
Trucker Tools
May 19, 2020

With the 3Gtms transportation management system, 3G-TM, BridgeNet has gained a transformative software platform to expand its services to its North American clientele.
3GTMS
May 19, 2020

Backed by Razor Tracking, the platform allows users to wirelessly track the location and other important information about their trucks, vehicles, trailers, tanks and other moving assets.
Raven Fleet Tracking
May 19, 2020

The Coronavirus pandemic hasn’t stopped the world from turning. Companies in the U.S. food supply chain have proven they can still deliver products around the country. However, shippers are projected to work harder to cut costs during peak season.
May 4, 2020

Freight forwarders are now able to achieve two mission critical capabilities in one freight SaaS (software as a service) engagement.
Kontainers
May 18, 2020

Imperial’s Chemical logistics division has been awarded the contract to store and handle lithium-ion traction batteries for the German operations of a major global automotive manufacturer.
Imperial Logistics International
May 18, 2020

This initiative will provide the public a new outlet to safely source essential food and supplies online and shop from the comfort of their homes, throughout the COVID-19 pandemic and beyond.
Renzi Foodservice
May 18, 2020

The last few months have shown the value that dynamic logistics operations can bring as organizations respond to industry, market, and route changes to meet customer needs and deliver on brand promises.
Oracle
May 14, 2020

The new Exception Reporting feature automates the manual and time-consuming process of checking that vehicles have been inspected daily in line with Department of Transportation (DOT) DVIR regulations.
Whip Around
May 14, 2020

Domino's Pizza franchise owner, Shane Casey was able to give away over 11,000 slices of pizza for free to frontline and essential workers, and hire 61 new employees across his three franchise locations in Southern California.
Verizon Connect
May 14, 2020

The rise in demand for cargo transportation through ships and an increase in trade-related agreements have boosted the growth of the global shipping containers market.
Allied Market Research
May 13, 2020
Follow Us