Current Trends from 2019’s Best Fleets to Drive For Program

CarriersEdge co-founder Mark Murrell looks back at popular trends among the 2019 Best Fleets to Drive For program. 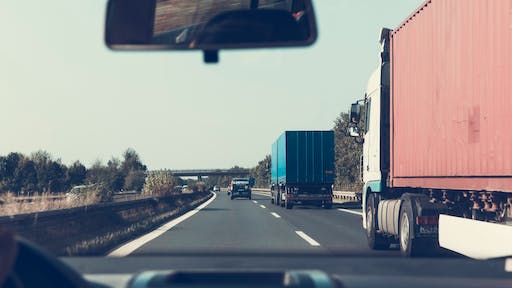 Many of the fleets that made it into the Top 20 this year have been nominated in years past, and it’s clear that they are staying ahead of the competition by continuously evolving their company culture. Rather than waiting for others to prove that new programs work, these fleets test it themselves. As these programs start to become implemented more often over the years, we need to look at current trends that programs are seeing results from.

It’s no secret that drivers have been seeking guaranteed pay packages to alleviate the concern of an unstable paycheck. No one likes uncertainty, especially when it comes to pay. Over the years we’ve seen Best Fleet recipients implement programs designed to minimize financial stress for drivers — and it’s paying off, literally. There’s a strong trend toward some sort of guaranteed pay for drivers. The days of straight pay per mile are beginning to wane.

With that, nothing frustrates a driver more than feeling like they were short-changed in their paycheck. This year, nearly all of the Top 20 fleets had a system in place to review pay disparities. In the past, it seemed like payroll issues were the spark that set off the fuse for a driver’s unhappiness with a fleet. Every year the Best Fleets continue to identify solutions to create transparency between the company and its drivers. Nearly every single Top 20 fleet allows drivers to access their pay stub and mileage breakout for review to see if they believe a correction should be made. If there are any issues, these fleets have programs in place to resolve them before payday, removing the need to fix things afterwards.

Good drivers deserve to be recognized. They’re an asset to your company. We’ve noticed that the Top 20 fleets are making a point to recognize and reward their best drivers. Nearly every single fleet has an ongoing recognition program, that offers multiple rewards to its drivers like special trips, cash prizes, gift cards and company merchandise. When companies offer ongoing rewards, drivers notice. Positive reinforcement makes a difference and rewards add incentives for drivers to perform their best. We’ve found over the years that the Best Fleets lead the way in creating a culture that is driver-focused and driver rewarded.

Since the implementation of ELD’s, we’re starting to see is a change in pay practices when load times are slow amongst the Best Fleets. That didn’t happen a few years ago. We’re finding that more fleets are paying their drivers earlier in the wait process. Before ELDs, some drivers would wait three to four hours for a load before getting paid. Many of the Top 20 Fleets are paying their drivers in two hours or less when they wait, with many fleets compensating drivers under the one-hour mark. There is even one fleet that has begun paying its drivers the entire wait time. It’s pretty eye opening to see the changes being made here, and it all links back to fleets working closely with drivers to make their operations more driver-centric.

Here’s another big trend, part of becoming a more driver-centric fleet is opening company doors to drivers. No matter what your title is with a company, everybody is working towards the common goal of company success. If the entire company is the team, what’s the point of separating office staff and drivers? Everybody’s equal, and interaction between different company employees is good for company morale. We’re noticing more fleets are making their facilities more accessible, allowing for more common spaces in an effort to strengthen different sectors of the company.

Hosting company meetings has always been a logistical nightmare for fleets. It’s especially hard on the fleets who still do it the “old school” way by hosting meetings in person. This method is very inefficient and with all the technology available, there isn’t much of an excuse for avoiding alternative methods. Over the last few years, we’ve seen a growing number of fleets change up their delivery methods for meetings. We’ve seen Facebook Live emerge as a favorite among fleets using online marketing tools, with half of all the Best Fleets using this platform. Online marketing tools make it much easier for fleets to reach their drivers that are on the road. Last year, only 39 percent of Best Fleet finalists were able to reach 67 percent of its drivers during meetings. This year? It jumped to 55 percent of fleets reaching 75 percent of its drivers. It’s clear that the more fleets that come on board with using online marketing tools to host meetings, the easier it is for fleets to interact with drivers.

Since we started the Best Fleets to Drive For program 11 years ago, we have seen the industry change over the years. Several years ago, much of the technology we saw, like dashcams, and translating driver performance into driver score cards, were commonly seen in pilot tests for fleets. Now, it seems like every fleet utilizes technology that help both the fleet and the driver.

It was only a few years ago that fleets started offering or improving their 401(k) programs. Many of the fleets that did offer 401(k) programs prior to the recession in 2009 cut their match or program completely due to the financial crisis. Now with a thriving economy, most fleets offer a 401(k) program with a company match.

So, what could be the next thing to ‘shake up’ the industry? Well, one big fleet implemented a customer relationship management (CRM) to track conversations with its drivers. It’s something that is really working out well, and through CRM, the company always has an idea of what’s going on with its drivers so that there isn’t miscommunication between the company and driver. Essentially, CRM eliminates important information from slipping through the cracks.

Maybe, just maybe, this fleet is onto something, and CRM will be the next “thing” to be implemented throughout the industry.