Advanced Training Systems LLC outlines how the delay in standardized rules for commercial trucking could impact the trucking industry. 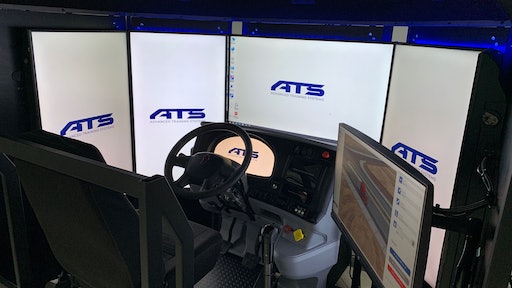 While discussions about federal truck driver training regulations have been going on for decades, the now delayed regulations will restrict training of entry-level drivers to only training providers registered with FMCSA.
Advanced Training Systems LLC

Last year, a spokesperson from the United States Department of Transportation announced that the federal trucker training standards will be facing a two-year delay, much to the dismay of the sector. This set of standardized rules—which was expected to take effect in February—is for entry-level training for commercial truck drivers.

While discussions about federal truck driver training regulations have been going on for decades, the current—and now delayed—regulations will restrict training of entry-level drivers to only training providers registered with The Federal Motor Carrier Safety Administration (FMCSA), Washington, D.C. The delay will also enable FMCSA to track the success and failure of training providers, and remove trainers with substandard performance from the register, denying them the right to continue training new drivers.

“This is a setback for the whole industry,” says John Kearney, chief executive officer of Advanced Training Systems LLC, St. Petersburg, Fla. “Trucking is facing both a declining safety record—over a 10-year period there was a 12% increase in the yearly number of people killed in large-truck crashes—as well as an increasingly drastic driver shortage. We are in need of efficient standards for entry-level truck driver training, and we need the government’s help to do it.”

“Not every trucking company is poised to be able to afford the initial investment in the additional layers of training,” Kearney adds. “There are some companies who fly ‘under the radar’ to avoid extra cost, and these groups would oppose additional training requirements.”

The delay in a comprehensive training program also poses harm to those companies putting new drivers on the road.

“The new adaptive simulator training modules train drivers to anticipate actions when negative situations of weather, mechanical failure and accident avoidance present themselves,” adds Kearney. “It is not sufficient just to have tests and look for an accident rate to improve. We need to improve on the system with the use of advanced techniques of training. The old methods of classroom, computer-based training and over-the-road are necessary, but there are aspects of driving and safety that can’t be taught without simulation training. We must include simulators in the comprehensive training to properly train drivers.”

Traditionally, driving schools needed approval from particular states or jurisdictions in order to carry out certain programs. However, training programs were often found to be insufficient and too short, says Kearney.

“While some student drivers passed the test, it didn’t mean that they were good drivers,” he adds. “New standardized rules require a driving school to issue a certificate from the government indicating that the individual has had the full training and passed the course.”

Eventually, the burden will be on trucking companies that operate their own training programs and CDL schools to supply comprehensive training.

“For the most part, the delay is sad because we won’t have safer drivers on the road,” says Kearney.