Proposed changes to the hours of service rule allow truckers to have more flexibility in their schedule, but raise safety concerns for short-haul drivers. 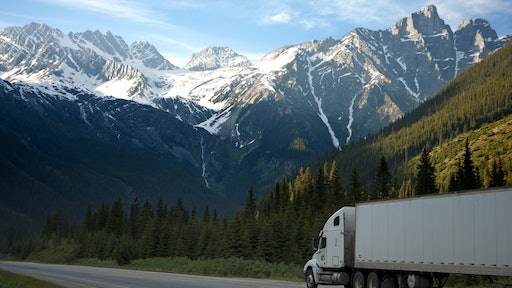 Truckers across the U.S. were finally able to catch a break earlier this month as the Federal Motor Carrier Safety Administration (FMCSA) unveiled its proposed changes to the hours of service (HOS) rule.

“FMCSA wants drivers and all CMV (commercial motor vehicle) stakeholders to share their thoughts and opinions on the proposed changes to hours of service rules that we are putting forward today. We listened directly to the concerns of drivers for rules that are safer and have more flexibility — and we have acted. We encourage everyone to review and comment on this proposal,” says FMCSA Administrator Raymond P. Martinez.

Since first being implemented in 2012, the trucking industry has been vocal about its disapproval for current HOS rules. Existing regulations allow long-haul drivers up to 11 hours of time behind the wheel each day and they must stop driving after 14 hours. Also, a driver who will be on the road for more than eight hours must take a 30-minute off-duty break. In addition, drivers must have had 10 consecutive off-duty hours before going back on the road again.

The proposed rule changes will make a significant difference for drivers, as many claim to have had “on-duty driving time” taken away from them as they sit and wait at shipping and receiving docks. Drivers have reported waiting at docks for upwards of five hours before being able to move on with their next load.

Often, the wait times result in less pay for the drivers as most are paid by the driven mile, not by the hours clocked in on their electronic logging devices (ELDs). With the proposed rules, the three-hour pause would allow an off-duty break without hitting the 14-hour time limit.

“We hope that providing this type of flexibility puts a little more power back in the hands of drivers and carriers to make smart decisions with regard to safety and the realities of what they’re facing on the roadways,” Martinez says.

The proposed rules include five key revisions to the existing HOS that:

The proposed changes seek to give drivers more options while encouraging safety on the road. However, critics of the changes claim that they could worsen driver fatigue, which is reported as being the cause for one-third of fatal crashes.

“The agency is offering flexibility without regard for the fact that it could be exploited by the worst actors in the industry, including drivers who will operate while fatigued and motor carriers who will coerce them to do so,” the Truck Safety Coalition says in a statement.

According to the group, from 2009 to 2017, 44 states experienced increases in the number of people killed in large truck crashes. In 2017 alone, there were 4,657 large trucks that were involved in fatal crashes – a 10% increase from the year before.

“Why weren’t the distractions of cell phones in the new hours of service regulations?” Twitter user Enesto Gutierrez Jr. asks. “Because FMCSA doesn’t care about safety. What about all the truck stops that sell alcohol? Why weren’t there any mentions of that issue? They had an opportunity to make the roads safer.”

Meanwhile, changes to the rule for short-haul truckers would extend their days from 12 to 14 hours on the job and increase the distance limit to 150 miles from 100. The proposed rules could potentially further exhaust drivers.

Currently, short-haul drivers are exempt from logging their time electronically as long as they start and return to the same location within 12 hours and do not exceed a 100-mile radius.

The proposed short-haul rule change was not welcomed as much as others because of the increased safety risks. According to a recent Insurance Institute for Highway Safety study, drivers operating under the short-haul exemption had a crash risk 383% higher than long-haul drivers.

“ATA (American Trucking Association) has captured this agency [FMCSA] along with many branches of government! None of these organizations should make [rules] for truckers – this is a disgrace to the American trucker and the motoring public,” Facebook user Greg Anderson comments on FMCSA’s post announcing the proposed rules. “Since Mr. Martinez and Mrs. Chao were appointed to office, our fatalities have increased. Until you listen to the people that have been on road and stop listening to ATA, fatalities will increase…. Time to listen to real truckers. Sure you guys sleep well at night while we move America.”

Still, that figure isn’t stopping truckers and organizations such as the ATA from praising FMCSA for taking a “common-sense approach” to the proposed changes. Meanwhile, some organizations have applauded the agency for maintaining the “core principles” of the rules, as well.

“Truckers have families and want to get home safely just like everyone else,” Todd Spencer, president of the Owner-Operator Independent Drivers Association says. “They are the most knowledgeable highway safety advocates and the agency’s proposal, overall, recognizes that fact.”

While the proposed rules do give drivers greater flexibility, the rules don’t actually allow drivers to have more time on the road. In fact, they have the potential to extend the driver’s day if anything.

At the first listening session for the proposed rule changes at the Great American Trucking Show, the mandatory 30-minute rest period was a hot topic.

Several drivers and trucking associations have requested that the 30-minute rest period be divided into multiple, shorter breaks. The breaks would “encourage more movement throughout the day,” though the stops could eventually add up to more than 30 minutes total.

Candace Marley tells Commercial Carrier Journal that she used to stop multiple times a day, but since the rules changed, she now goes for five hours before taking a break.

“I don’t like it,” Marley tells FMCSA representatives. “But I have to do it all the time. I need to move my legs every couple of hours and not have to worry about that 30-minute break, too. Let our breaks be broken up and accumulate those minutes.”

Read Next: Tracking Trump’s Campaign Promises for the Trucking Industry

Lewie Pugh, executive vice president of the Owner-Operator Independent Drivers Association, spoke on behalf of the group, saying that the 30-minute break should be broken up as electronic logging devices are able to record "every single solitary second."

What is to Come

The public comment period for the proposed rule changes ends October 7. Comments can be filed here.

Martinez is encouraging drivers and other stakeholders to file comments as the agency will rely on them to develop the final rule for the HOS regulations.

There is currently not a specific deadline for when the rule will be finalized; however, it is expected that the agency will relax the rules to be in favor of the truckers. Still, it could take several years before the amended changes take place.