One of the few bright spots for the railroads is agriculture, as a bumper crop helped drive third-quarter grain carloads up about 17 percent. 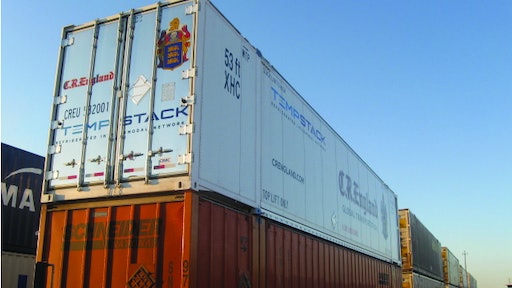 Railroads continued to lose cargo to trucks in the third quarter, adding to a yearlong slide in profits as demand tumbled for coal, oil and metals according to Bloomberg News.

Intermodal cargo, goods hauled in containers, fell a second consecutive quarter for the first time since 2009, according to the Association of American Railroads trade group. A surplus of trucks has pushed down freight rates and lower diesel prices have chipped away at rail’s usual fuel-savings advantage, taking a toll on once-steady growth.

CSX Corp., the first major North American railroad to post quarterly results, said earnings fell 10 percent as the decline in intermodal traffic compounded a commodities slump. Container volume for the industry dropped 5.3 percent while all traffic declined 6.3 percent, according to the association. Meanwhile, truck freight has increased 3.5 percent this year through August, according to the railroads association.

“The rails have actually lost some cargo to trucks this year because the spot market is so pulverized and because diesel prices are relatively low,” said John Larkin, an analyst at Stifel Nicolaus & Co.

Investors have driven up rail stocks this year, betting that the worst of the volume decline has passed. Railroads are expected to begin recovering in the fourth quarter as they lap last year’s weakness.