Although German-based Hapag-Lloyd has not made an official announcement that it will no longer call on Terminal 6, the company’s current schedule contains no calls for the port in the near future. 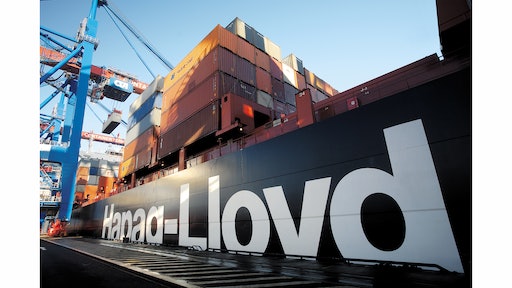 Container business at the Port of Portland may take a serious hit as the port stands to lose another major container carrier, according to The Maritime Executive. Although German-based Hapag-Lloyd has not made an official announcement that it will no longer call on Terminal 6, the company’s current schedule contains no calls for the port in the near future.

This comes shortly after Hanjin Shipping, the port’s largest carrier, pulled out in February, leaving the port with 80-percent less business. Hanjin stopped calling on Terminal 6 in the midst of the continuing labor disputes and backlog it caused. Hanjin was the only shipping company exporting Oregon goods directly to some of the state’s biggest clients.

Without Portland to compete with, Puget Sound could become more expensive to ship goods from, agriculture industry officials have said.