Around 80 percent of the world’s pecan production comes out of the U.S., with the primary production state Georgia exporting around 75 percent of its pecans to China. 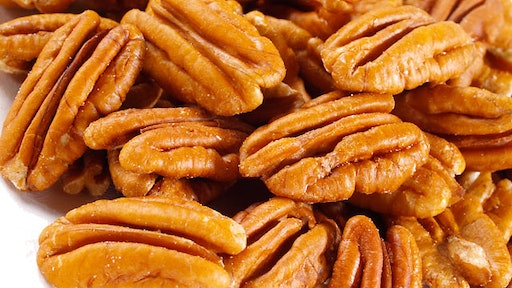 The U.S. pecan industry has welcomed news that China has dropped its import tariff on the nuts from 24 percent to 10 percent, according to fruitnet, an online fruit news source.

Native to the U.S., around 80 percent of the world’s pecan production comes out of the US, with the primary production state Georgia exporting around 75 percent of its pecans to China, according to the FAS.

“The reduction in the Chinese pecan tariff from 24 percent to 10 percent is going to put pecans in a very competitive place, and will have a significant positive impact on the value of pecans in the United States,” said Jay Glover, President of the National Pecan Growers Council in a press release.

The U.S. pecan export industry was valued at $486.9 million in 2012 an estimated, with Hong Kong, Mexican and Europe among its largest markets.

China has also reduced the import tariff on US macadamias from 24 per cent to 19 per cent.