The number one spot on the ATRI list this year is the George Washington Bridge, which connects New York and New Jersey. 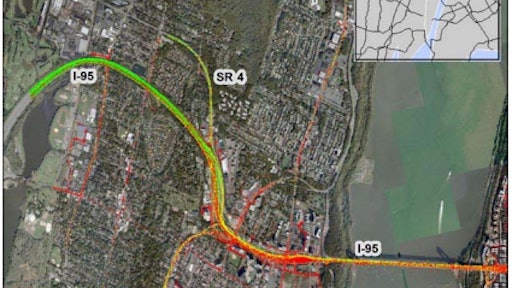 The number one spot on the ATRI list this year is the George Washington Bridge, which connects New York and New Jersey.

The American Transportation Research Institute (ATRI) released the findings of its 2014 Congestion Impact Analysis of Freight-Significant Highway Locations on December 17, 2014. The research, which assesses the level of truck-oriented congestion at 250 locations on the national highway system, uses several customized software applications and analysis methods, along with terabytes of data from trucking operations to produce a congestion impact ranking for each location.

The number one spot on the ATRI list this year is the George Washington Bridge, which connects New York and New Jersey. It surpassed the perennial first-place holder, Chicago’s Circle Interchange (#2 on the list). ATRI’s analysis points to construction on the top deck of the George Washington Bridge, which created significant delays for trucks in 2013.

The top ten on ATRI's list are, in rank order:

For access to the full report, including detailed information on each of the 100 top congested locations, visit www.atri-online.org.

Truck Freight Volumes To Jump 29% In Next 11 Years

A partnership leads to greater value. It’s the difference between saving $100 on a shipment or saving 10% on total freight spend
September 1, 2021
Follow Us