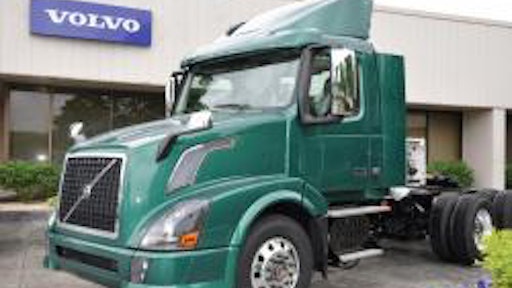 Kane’s new CNG-powered trucks are being manufactured by Volvo Trucks at the New River Valley assembly plant in Dublin, Virginia. The Volvo VNL daycab models feature a 12-liter Cummins-Westport ISX12 G engine, and are designed to have excellent maneuverability. Each truck’s range is approximately 425 miles between fueling.

Due to its abundant supply, domestically produced natural gas is less expensive and cleaner burning than other fossil fuels. The CNG-powered vehicles will produce up to 20 percent fewer greenhouse gas emissions and significantly less smog-producing pollutants than their petroleum-fueled counterparts. Advances in vehicle technology now make it feasible to use CNG-powered commercial trucks for long hauls and in the mountainous terrain of the northeastern and western states.

A team of Kane officials recently visited Volvo’s Dublin plant for a review of the trucks while they are in assembly. The team included Chris Kane, Mike Albert, senior vice president of operations, Larry Catanzaro, director of transportation, and Alex Stark, director of marketing.

Delivery of the trucks is expected by August. Kane manages 21 distribution centers across the United States, and operates more than 200 power units in its fleet. The CNG-powered trucks will operate out of KANE’s Scranton, Pennsylvania, business campus.