The brand is working on developments of chips with less crunch aimed towards women because they “don’t like to crunch too loudly.” 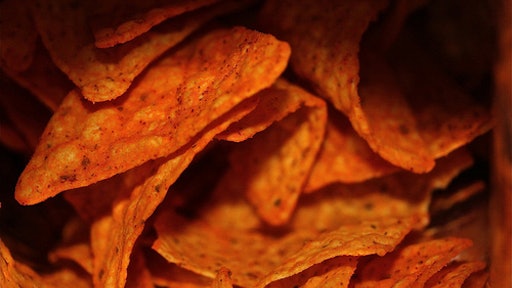 Nooyi suggested in the interview that women don’t like to crunch the chips that they’re eating too loudly or lick seasoning off of their fingers. Nooyi continued to explain that the chip brand wants to change its packaging for women because “women love to carry a snack in their purse.”

The news of the gender-specific chips went viral and created a sea of backlash against the company on social media. Various users wondered if the announcement was satirical, while others criticized the company for conforming to gender norms.

I am now angry at Doritos.

About to sit down and write an angry letter to Doritos. pic.twitter.com/CXEWt1Xb1s

Has anyone at Doritos ever met a lady

Good news, ladies. We got a female Colonel Sanders and Doritos that don’t crunch, so feminism is cancelled. We’ve achieved equality.

But the Doritos thing isn't real, right? Like it cannot possibly be real.

I want to read every study, every poll, every analytic, every single email sent internally at Doritos about this new “lady chip.” Fascinating and absolutely insane that they thought it was a good idea.

.@Doritos we've been through enough this year.