Amazon, Whole Foods and the Transformation of Retail—The View from Social Media

Retail is going through a pretty substantial transformation, and the question is: Will Amazon just take over everything? 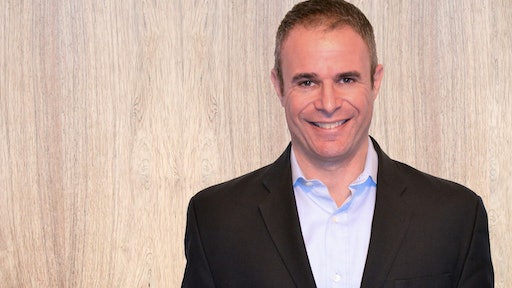 When major business news breaks it tends to go wild on social media with speculation, jokes, (in)expert commentary and much more. Amazon’s acquisition of Whole Foods was no exception, and we decided to analyze the buzz using social listening to see what we could learn.

Retail is going through a pretty substantial transformation, and the question is becoming: Will Amazon just take over everything?

How the News Spread on Social

On June 16, news broke of an acquisition that had the potential to reshape the retail industry. Amazon was buying Whole Foods for $13.7 billion and social media went to into meltdown with opinions and jokes aplenty.

When the news hit, it spread instantly, and within 10 minutes, it had reached across the globe.

Drones, Prices, Competitors—Deal Could Have Many, Far-Reaching Outcomes

One of the many fascinating aspects of this deal is just how many things could happen next. It seems to have given people a glimpse into the future. So exactly what were people talking about?

It ranged from drones and Alexa integration to robot cashiers, but the biggest conversation point was how this would affect traditional retailers like Walmart, Target and Kroger and the possibility of Whole Foods lowering their famously high prices.

It’s Not Looking Great for Walmart, Kroger and Target

What does this mean for the retail industry? The main thread of responses suggest things aren’t looking good for other retailers and stock markets agreed, with share prices in Walmart, Kroger and Target plummeting following the announcement.

Whole Foods’ share price by contrast soared up and has stayed at a high level ever since. What may be even more telling is that Walmart did actually announce an acquisition themselves on June 16; they bought menswear brand Bonobos for $310 million, but it was completely overshadowed by the admittedly much larger Amazon Whole Foods deal.

It will no doubt take some time before Amazon’s intentions become clear, but in the meantime, speculation will continue. Here are a few things that social media has been discussing as Amazon continues to transform retail:

Long considered one of the few things online shopping couldn’t replace—trying on clothes before you bought them—Amazon just announced Prime Wardrobe, a “try before you buy” box. Shoppers will be able to order 3-15 items of clothing to test out, keeping only the items they wish to purchase.

Since the announcement of Prime Wardrobe, there have been nearly 20,000 mentions of the service online. Many of those mentions include clothing subscription services Stitch Fix and Trunk Club, once viewed retail disruptors, which are now about to have their model disrupted by Amazon as well.

Ironically, Amazon is now getting into the brick-and-mortar bookstore business.

Not everyone is thrilled. The New Yorker’s Jia Tolentino claims “Amazon’s Brick-and-Mortar Bookstores Are Not Built for People Who Actually Read,” in an article that reached nearly 16.2 million people. The stores focus on a book’s ratings (only 4+ stars) and data to suggest new books (“if you like X, then you’ll like Y”), rather than carrying a large inventory like traditional booksellers. Prime members receive discounted pricing.

For more about the changing state of retail beyond Amazon, check out Talkwalker’s full report.

Are Grocers Ready for Multichannel Fulfillment?