Archer-Daniels-Midland Co. and Bunge Ltd., two of the largest U.S. grain traders, said they won’t accept a new variety of genetically-modified soybean being marketed by Monsanto Co. because it hasn’t been approved by the European Union. 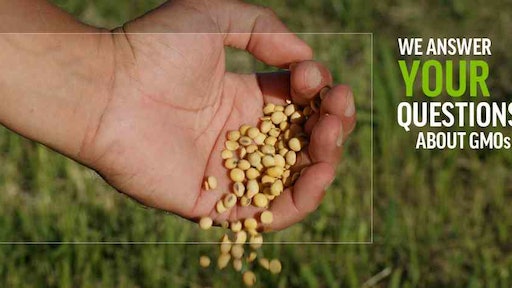 Archer-Daniels-Midland Co. and Bunge Ltd., two of the largest U.S. grain traders, said they won’t accept a new variety of genetically-modified soybean being marketed by Monsanto Co. because it hasn’t been approved by the European Union and may put exports at risk, according to Bloomberg.

Farmers have been asking ADM in recent weeks about Monsanto’s Roundup Ready 2 Xtend soybeans, Jackie Anderson, a spokeswoman for Chicago-based ADM, said in an e-mail Monday. Until it’s approved by all major export markets, including the EU, ADM “cannot accept it at our facilities,” she said. White Plains, N.Y.-based Bunge posted signs at its facilities and notices on its website as of March 31 about its decision, according to spokeswoman Susan Burns.

“The wide-scale planting of traits that are not approved by key importing countries has the potential to seriously diminish the competitiveness of American grain and feed exports, and can result in damages throughout the entire agricultural supply chain,” Anderson said. “ADM’s policy is not to accept any commodity that contains a trait until it is approved in all of our major export markets.”

Editors Insight: The GMO debate is the most contentious issue within the food industry, and it affects the supply chain because food companies need to know the product attributes of the food they manage. Companies that source, distribute and transport food are seeking to improve the visibility of their inventory. They want complete inventory information, including product attributes.

One takeaway from today’s news is that disagreement about GMOs is far from resolved. Grain traders won’t accept seeds that Monsanto is selling to U.S. farmers until European Union officials clear the seeds for import.

The immediate order of business for supply chain companies is not to fashion an opinion on this highly controversial topic as much as it is to understand the tools they will use in gathering and communicating food data. The GMO debate and other debates increase consumers’ and lawmakers’ awareness not only about the issue, but how to access food data. 5-3-16 By Elliot Maras