The food industry wants Congress to pre-empt Vermont's law and bar mandatory labeling of genetically modified foods before it goes into effect. 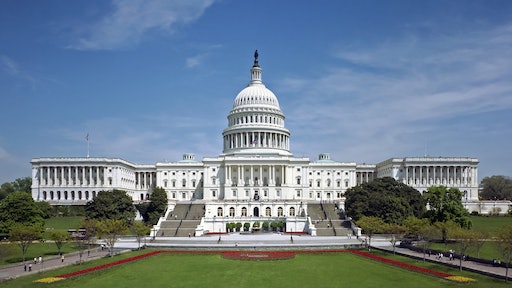 The food industry wants Congress to pre-empt Vermont's law and bar mandatory labeling of genetically modified foods before it goes into effect.

The food industry is pressuring Congress to act before the state of Vermont requires food labels for genetically modified ingredients, according to U.S. News & World Report.

At issue is how food companies will deal with Vermont's law. They could make separate food packages just for the state, label all their items with genetically modified ingredients or withdraw from the small Vermont market. The law kicks in by July, but the companies have to start making those decisions now.

The food industry wants Congress to pre-empt Vermont's law and bar mandatory labeling of genetically modified foods before it goes into effect. They argue that GMOs, or genetically modified organisms, are safe and a patchwork of state laws isn't practical. Labeling advocates have been fighting state-by-state to enact the labeling, with the eventual goal of a national standard.

Agriculture Secretary Tom Vilsack brought the parties together twice this month to see if they could work out a compromise. But agreement won't be easy, as the industry staunchly opposes mandatory labels. Lawmakers on Capitol Hill are divided, too, but agree that a compromise needs to be worked out before this summer.

While there is little scientific concern about the safety of those GMOs on the market, advocates for labeling say not enough is known about their risks.

The food industry has been battling the labeling advocates for several years, spending millions to fight ballot initiatives and bills in state legislatures that would require labeling of genetically modified foods. They have also challenged Vermont's law in court.

Industry-backed legislation that passed the House last year would have blocked any such state laws. But that bill has stalled in the Senate.

The Food and Drug Administration has said GMOs on the market now are safe, and the federal government does not support mandatory labels. But supporters of labeling counter that consumers have a right to know what's in their foods, and say Congress shouldn't be trying to pre-empt states.

So far, Vermont is the only state set to require labeling. Maine and Connecticut have passed similar laws, but those measures don't take effect unless neighboring states follow suit.