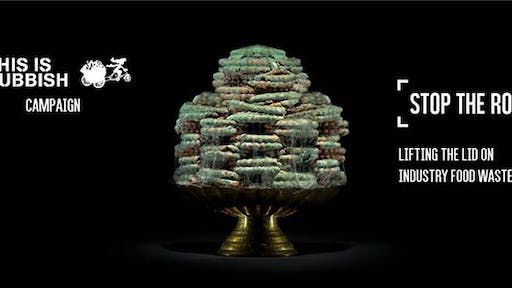 Petitioners for a reduction in food waste demonstrated in front of Tesco and Sansbury headquarters recently, according to fruitnet.com

A petition with over 190,000 signatures was presented to both supermarkets, while organizers of the “Stop the Rot” campaign requested a meeting to discuss their proposals. The petition has been signed by members of the public asking for the retailers to better tackle food waste in supply chains.

Tesco's head of CSR met the campaigners to accept the petition, and agreed to meet for a formal meeting next week. However, Sainsbury's security personnel refused to let the demonstrators into their building and didn't send any senior members of staff to acknowledge the stunt.

Stop the Rot campaigner Martin Bowman said they want more transparency on waste in the supply chain in order to then create waste reduction targets. For more, click here.

Editors Insight: This campaign could expand beyond the U.K. and become a global supply chain issue. One reason is that the technology exists today for companies to track waste in their supply chains.

The Internet, in addition to bringing new monitoring capabilities to the supply chain, has also emerged as a tool for consumer activism.

The founder of the “Stop the Rot” campaign notes on the campaign website that most food businesses waste more food in one day than a consumer wastes in one year. The website further notes that the biggest portion of the waste occurs on farms and in factories, but the waste is largely caused by retailer policies to reject food. 11-30-15 By Elliot Maras

The goal is to improve the global food supply chain’s carbon imprint, reimagine industry processes that have historically led to food waste and quickly redirect food to be distributed to communities around the world.
Lineage Logistics, LLC
October 28, 2021
Follow Us