As autonomous transportation technology continues to develop, the potential threat of truckers losing their job continues to increase. 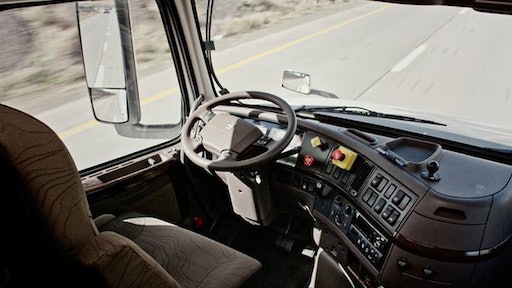 Seen as major advancement in the transportation industry, autonomous driving technology could potentially threaten nearly 300,000 long-distance truck drivers within the next 25 years. While its a lighter impact that previous expected, the Wall Street Journal reports that it could still reshape the freight-industry employment.

As autonomous technology gets implemented, it would likely eliminate some of the best-paid positions held by 2 million drivers across the U.S. Using autonomous vehicles for long-haul trips could also fizzle demand for delivery and local trucking jobs, the Journal reports.

Despite the potential of losing human workers, trucking companies are interested in the technology because it could improve driver turnover and safety regulations that currently limit a drivers' of service.

Jobs facing the greatest risk are those who move cargo over hundreds of miles, but perform limited non-driving tasks as well, the Wall Street Journal reports. In an already tight employment market, if autonomous technology were to replace drivers, there would only be a limited availability of good jobs for workers.

The Journal reports that self-driving trucks could also lower freight costs, as well as improve productivity and safety. Currently, companies are testing driverless vehicles in controlled settings and have even brought the trucks to haul freight on public roads.

Yet, companies are still hesitate to implement the technology. Recent fatalities involving autonomous passenger cars have highlighted the problems with the technology, the Journal reports, and new investment in equipment and infrastructure to support the vehicles is needed.