Walmart is Developing a Machine that Knows When Produce Will Spoil

Walmart is developing a technology that inspects produce for defects, saving the company $2 billion. 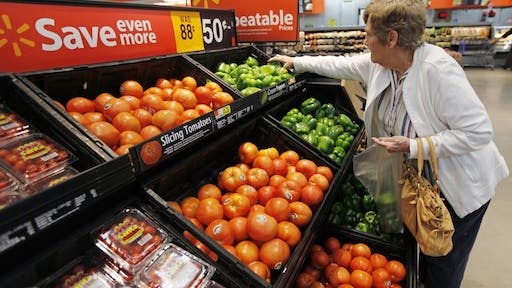 Walmart is developing a technology, called Eden, that will detect defects in fruits and vegetables and will be able to determine when they will spoil. Eden is expected to save the company upwards of $2 billion over the next five years.

Even though it is still in the early production phases, Eden is utilized in 43 distribution centers across the country and has saved Walmart $85 million since it has been deployed.

Since starting in January of last year, Walmart employees are able to digitally record defects and get rid of products that don't meet the quality requirements.

The technology will be able to become more accurate overtime and eventually will predict the exact shelf life of the produce.

The technology will soon extend to the farms of Walmart's suppliers as well. The company will send drones to fly over farms to monitor temperatures and other factors that determine the quality of the produce it gets from its suppliers. Walmart said the technology will not replace workers, however, saying humans will always be involved in the process of determining food quality.