The FDA is inspecting the Illinois Del Monte facility that was responsible for producing vegetable trays that have been linked to an outbreak of salmonella. 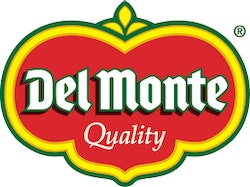 The FDA is inspecting the Illinois Del Monte facility that was responsible for producing vegetable trays that have been linked to an outbreak of salmonella.

On May 21, the Wisconsin Department of Health announced the vegetable trays produced by Del Monte Fresh Produce sold at Kwik Trip stores in Wisconsin and Minnesota had been linked to three illnesses in Wisconsin and one in Minnesota. The patients reported becoming ill between April 13 and April 27, 2019. Kwik Trip has since voluntarily removed all Del Monte Vegetable Trays from its stores.

The FDA, CDC and state authorities from Wisconsin and Minnesota will continue to investigate the cause and source of the outbreak, however, this outbreak is not released to the Cyclospora infections that were linked to Del Monte vegetable trays last summer.

The Wisconsin Department of Health Services (WDHS) is warning people not to eat the following products:

Supply chain editors interview Alan Jagnandan, vice president of LaSalle Network, to discuss education in the supply chain, how companies should be hiring for key roles and what specific sectors are thriving in supply chain education over others.
Oct 20th, 2020

While concerns about food safety and supply chain management continue to intensify, this was a problem that existed even before the outbreak.
Marina Mayer
Oct 19th, 2020

Many of today's food safety professionals are seeking ways to understand, measure, monitor and prevent food safety risks during the context of a global pandemic.
Nikos Manouselis
Oct 12th, 2020

The ability of the regulatory agencies and public health officials to detect problems has been reduced during the pandemic, but post-pandemic there is likely to be a return to the normal detection of issues.
Stewart Eaton
Oct 8th, 2020

Giant’s sustainable seafood policy has always ensured that every seafood item sold in stores meets sustainability criteria, but the grocer is now taking it a step further enlisting ODP to make the original sources of all its own brand.
Giant Food
Oct 7th, 2020

The contradiction between people’s discomfort about in-restaurant dining and their actions is likely a result of access to outside dining options during the summer months.
The Manifest
Oct 7th, 2020

Marina, Brielle and Mackenna sit down with Kathy Fulton, executive director for ALAN, to discuss natural disasters, challenges for supply chains and what companies should be doing now to prepare for the future.
American Logistics Aid Network (ALAN)
Oct 7th, 2020

The study reveals that 49% of global consumers state that their attitudes to packaging have changed as a result of COVID-19, with 67% of these saying it has changed for the better.
FMCG Gurus
Oct 5th, 2020

Find out how to hire, train and speak to today’s youth, how to “sell” the supply chain and industry and what it takes to keep younger employees engaged.
Oct 2nd, 2020

93% of respondents were concerned once learning more about the research from the Environmental Working Group that found glyphosate in every sample of these popular oat-based breakfast foods that they tested.
One Degree Organic Foods
Oct 1st, 2020

This new partnership will allow Co-op to provide a much wider range of its suppliers an early payment option than previously
PrimeRevenue
Oct 1st, 2020

Focusing on frontline training and preparedness in the US, UK and Australia during the global COVID-19 pandemic, this year’s survey found that frontline workers are getting left behind.
Sep 29th, 2020

The report forecasts the COVID-19 pandemic will result in retail beer sales declining by more than $22 billion.
Sep 28th, 2020

Technology leaders are beginning to understand that specifications are a strategic priority and that you can’t have supply chain traceability without specification management.
Ayman Shoukry
Sep 28th, 2020

The LoPro Drag Chain Conveyor System virtually eliminates pallet loads tipping over and damaging cases. Because the LoPro can accept three pallets at one time, it can be operated by just one person, which saves on labor costs.
Orion Packaging
Sep 22nd, 2020

Third-party logistics providers likely never issues a recall, but is a key party responsible for acting on it. Here’s who’s responsible and why.
Brielle Jaekel
Sep 21st, 2020

Weather-related risk continues to grow as storms become more frequent and grow in intensity -- all the more reason to prepare a solid business resilience plan.
The Risk Institute at The Ohio State University Fisher College of Business
Sep 18th, 2020
Follow Us