The CDC has sent a warning to consumers to not eat oysters imported from an estuary in Mexico after several people have reported having gastrointestinal illnesses. 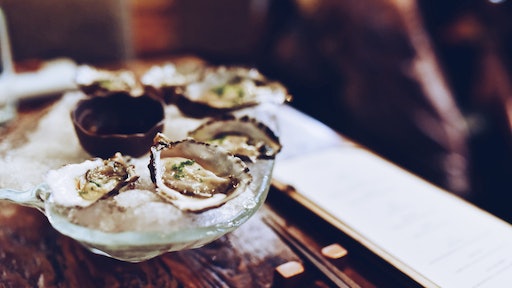 Photo by Charles Koh on Unsplash

The CDC has sent a warning to consumers to not eat oysters imported from an estuary in Mexico after several people have reported having gastrointestinal illnesses.

Officials in several states are investigating an outbreak of gastrointestinal illnesses linked to raw oysters harvested from Estero El Cardon, an estuary in Baja California Sur, Mexico.  At least 16 people across five states (Alaska, California, Illinois, New Hampshire and Nevada) have fallen ill after eating raw oysters at restaurants in California and Nevada. Two individuals have been hospitalized, but no deaths have  been reported.

Estero El Cardon was closed to further oyster harvesting on May 7 and seafood wholesaler DiCarlo Seafood recalled raw oysters from the estuary as well. The oysters were distributed to Fresh Endeavors in Los Angeles, Fish Market Restaurant in San Diego and Tony's Fish Market in Redondo Beach, California.

“Any raw oysters, not just the raw oysters linked to this outbreak, could contain harmful germs that could make you sick,” the agency warned. “Cook them thoroughly before eating.”

As grocery stores are suffering from stock-outs from the COVID-19 pandemic, convenience stores have proven to be resilient.
Mackenna Moralez
Apr 21st, 2021

With the start of distribution of the COVID-19 vaccine and an ever-increasing interest in fresh and healthy foods, the cold food supply chain in particular is in a difficult position. Here’s how to make sure products and drivers stay safe in transport.
Birko Corp.
Apr 21st, 2021
Latest

With the FDA beginning to make defined steps forward in its New Era of Smarter Food Safety Initiative, adaptation of supply chains around the country is inevitable. Being aware of the changes to come will be the key to success.
enVista
Apr 14th, 2021

Having the right technological capabilities in place will aid organizations in minimizing risk, ensuring the right processes and procedures are in place and maximizing efficiency.
Ultra Consultants
Apr 14th, 2021

Associate editor Brielle Jaekel accounts what it was like to order from a produce distributor that turned direct-to-consumer amidst the Coronavirus (COVID-19) pandemic.
Brielle Jaekel
Apr 30th, 2020

Companies must be fully and continually prepared, have a plan for restoring business and understand how to cover losses should a breach occur. Complacency is not an option.
Marsh & McLennan Agency, LLC
Apr 6th, 2021

Maintaining food safety must be a continuous effort that involves all employees of all companies at all times.
Marina Mayer
Apr 5th, 2021

A lot of the investments went toward increases in payroll, incentive pay and benefits as well as personal protective equipment (PPE) and other safety expenses, technology and more.
FMI - The Food Industry Association
Apr 1st, 2021

In this 5-part series, industry experts detail the current risk areas in today’s U.S. supply chains, how to address these issues, the impact on U.S. imports/exports, downfalls of this 100-day review and what it means for the future of supply chains.
Marina Mayer
Mar 29th, 2021

Here's how traceability changed food and beverage in 2020, and what it will mean for the industry moving forward.
CHEP USA
Mar 25th, 2021

Protecting your workforce and prioritizing food safety through the pandemic starts with the development, implementation and management of a robust plan.
AIB International
Mar 22nd, 2021

Here is a thorough list of safety considerations for working with pallets.
Howie Robleza
Mar 20th, 2021
Follow Us